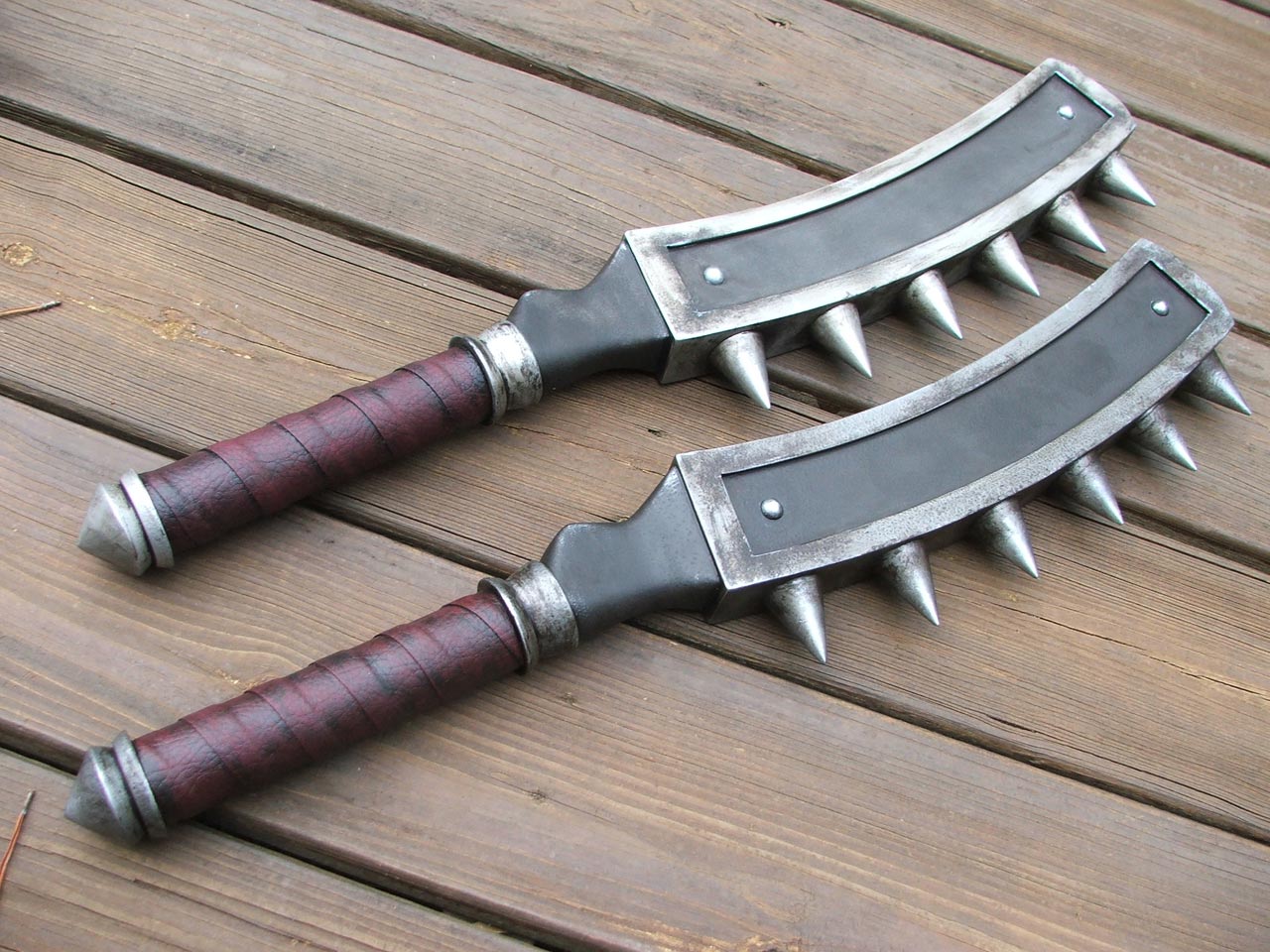 Normally I don’t think I’d make a post about reproducing the same prop I’ve already shown, but I REALLY liked the weathering on this one, so I decided I’d share.

After doing numerous copies of the original club, I got an order for a more interpretive piece. According to the canon in Final Fantasy XI, there are monsters that wield similar weapons to the ones players can use. One group resides on an icy island and has been marooned there for 2 in-game decades. My client wanted to see a club with 20 years of abuse and neglect showing.

For comparison, here are duplicates #4 and 5 of my original club: And now the more “traveled” version: A painter friend of mine showed me some advanced weathering and texture techniques involving iron powder and water-based paint, which means this resin club actually rusts!