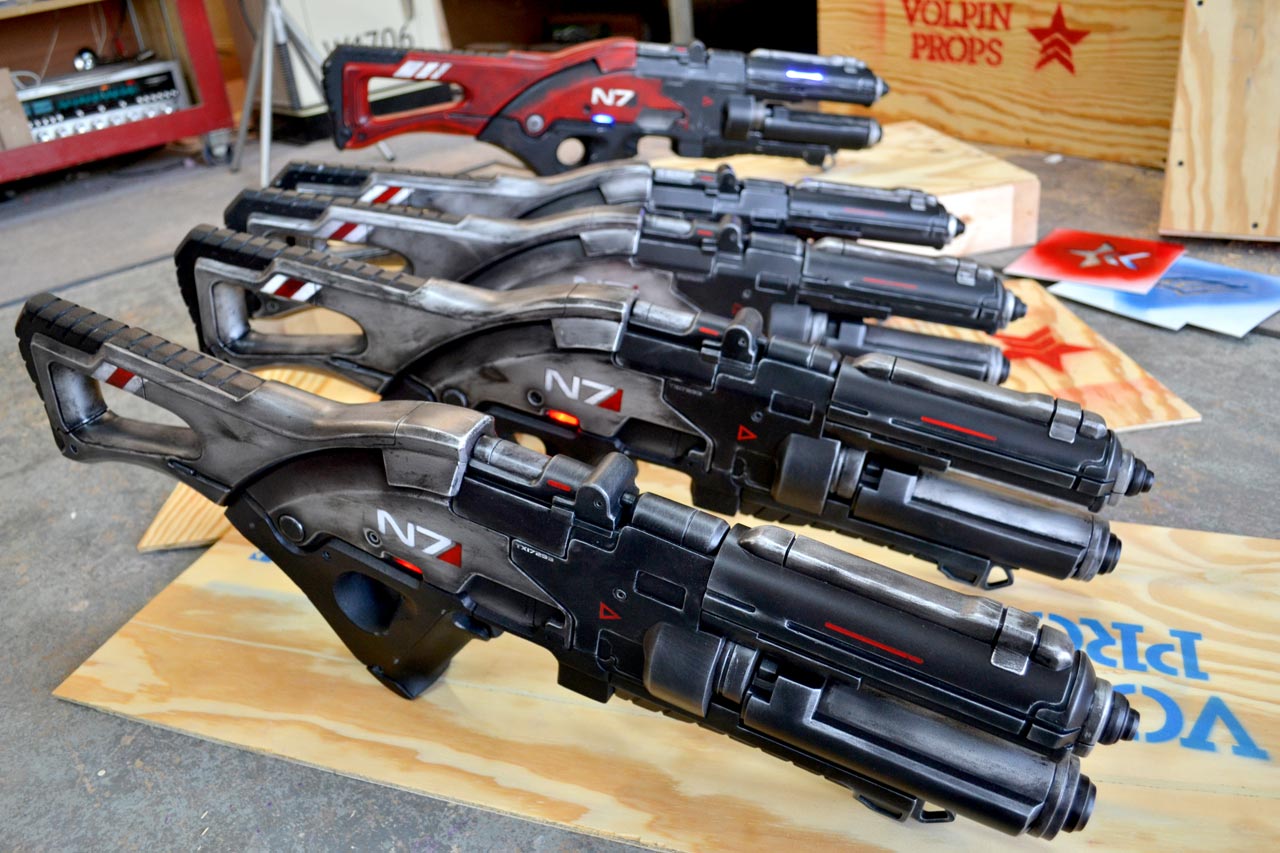 If you’re a fan of the series (like me) and you’ve been drooling over every trailer that’s been coming out recently (like me) you may have seen the latest live action commercial for Mass Effect 3 which aired last weekend. Look closely, and people who follow this blog miiiiight see something familiar: Yep! That’s one of my N7 Valkyrie rifles, making the first on-screen debut of my props! (okay, technically one of my Portal Guns was in the background of the Sony “Michael” advertisement, but given how long its there for, it hardly counts…)

There’s even been some mumbling over at the Mass Effect facebook page that some of the guns from the shoot may even be given away as special prizes.

I was asked to ship out 4 raw cast rifles to Prague last November for this spot, and I’m just blown away by the results. Muzzle flash! Exploding Geth! Bad Ass N7 Armor! (no idea who made that, but damn its beautiful) Thanks to the internet and the attention this little blog receives,  I get to be part of amazing projects like this. I have no idea how I managed to make crazy stuff like this my fulltime job!

Speaking of Mass Effect 3, I recently re-visited the N7 Valkyrie project for the people over at Bioware. Over the month of February, 4 more Valkyries were produced and are currently awaiting shipping. The red one – that is to say, the canonically incorrect one – is my personal Valk. Thanks for reading, following, and sharing my work – it’s stuff like that that makes jobs like this possible for me!