For the release of SOULCALIBUR VI, our partners Bandai Namco and Arby’s requested a special piece: an entire Nightmare and Soul Edge built from Arby’s boxes!

To fit with Arby’s phenomenal branding team, this piece was built out of cardboard and Arby’s food packaging. Designed by Wooden Leg Studios, an entirely scratch built 3D model was sculpted with zero in-game assets. This was unfolded and laser cut out of corrugated cardboard sheets, assembled, and covered with extensively detailed layers of Arby’s packaging to bring out the finer features of Nightmare. Both Nightmare himself and the Soul Edge were built upon a PVC and metal frame that provides internal support for display and ease of assembly, allowing the sculpture to be disassembled and transported to various events.

Nightmare debuted at Anime Expo 2018 and attendees were invited to draw on small laser-cut tattered tags that were gradually combined over the course of the convention weekend to create Nightmare’s shredded cape, as well as full Arby’s boxes that grew to turn into a craggy platform. Requests were taken over social media as well, with tags added to requested sketches. This piece was featured across many gaming sites as well as getting a spotlight article in AdWeek.

This intense project took seven artists and our entire studio workspace to complete, with a comprehensive build video of the process captured by Legend of Micah! 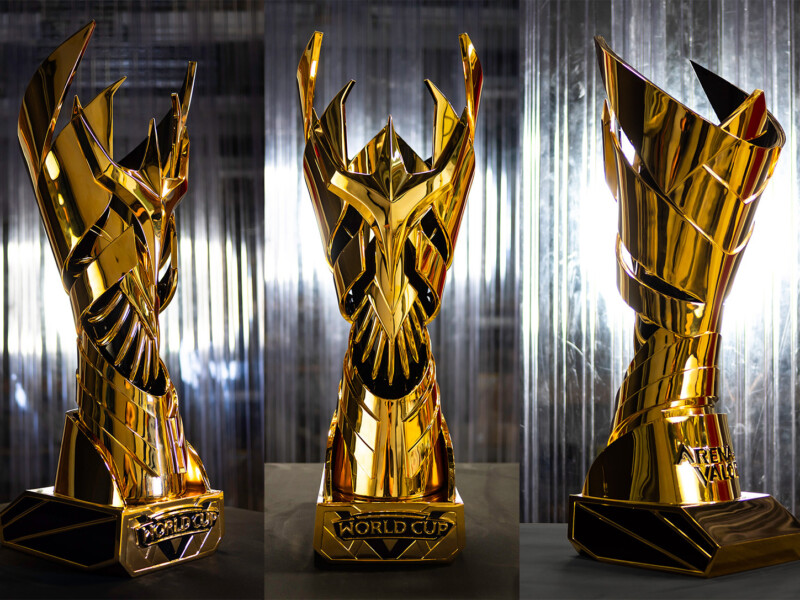