Axe of the Black Labyrinth, Amid Evil

To promote their upcoming title Amid Evil, New Blood Interactive contracted Volpin Props to replicate their feature weapon from the game, the elaborately titled “Axe of the Black Labyrinth”

The axe was showcased at PAX East 2018 and used in photo opportunities with attendees. Two flexible foam copies were also produced for future convention appearances such as Quakecon and PAX West so fans could swing, pose, slash and stab with reckless abandon. The finished replica axe is over 3′ long and features some of our most varied surface detailing on any of our replicas yet.

For subsequent events, a pair of durable foam rubber “stunt” replicas were produced for convention attendees to pose with for photos, without the worry of damaging a fragile (and sharp!) higher fidelity replica. Armature wire was used inside the stunt foam castings to make them strong but pliant – any damage to the frame can simply be bent back into shape! Examples of the foam copies are shown in the last 3 images. 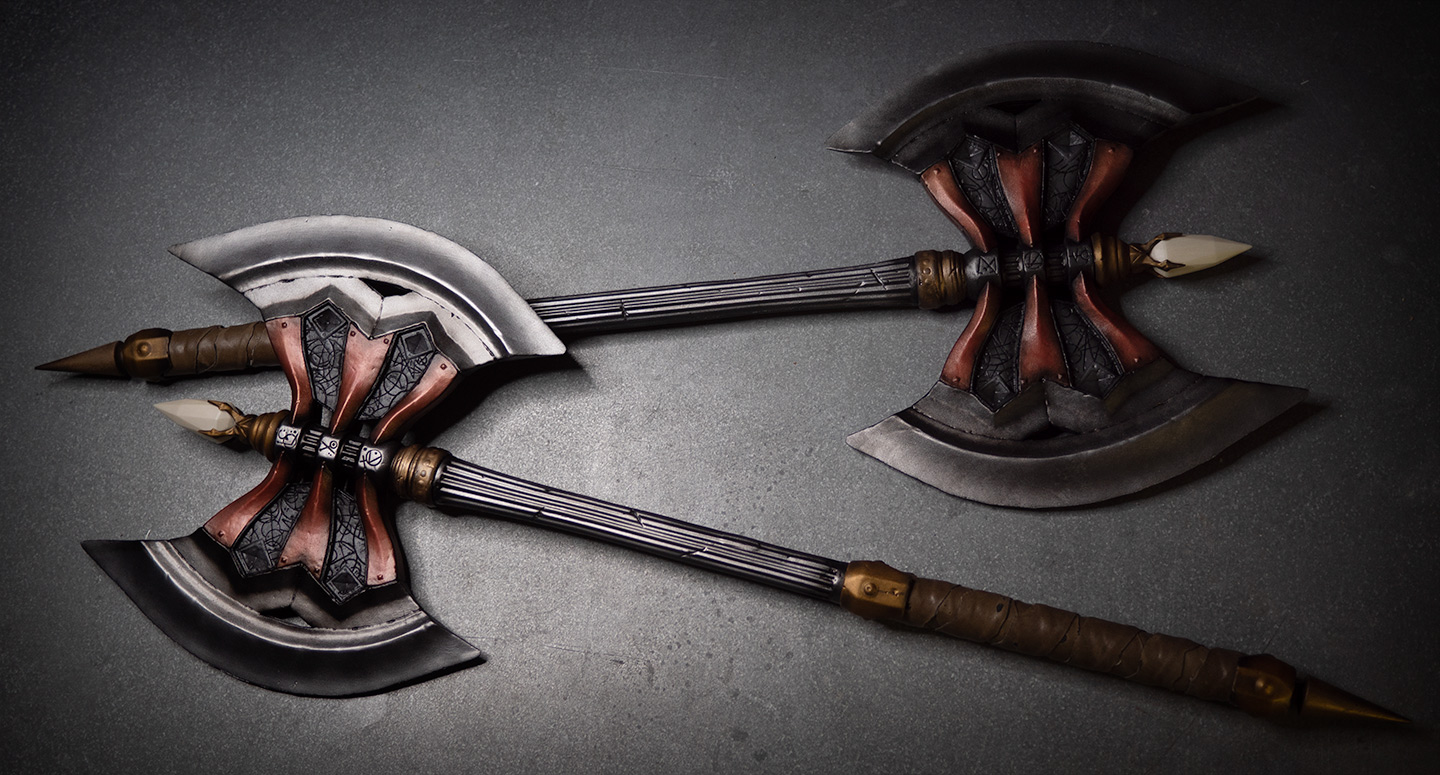