After the larger employee awards, Curse was looking to have a series of smaller trophies created to be given away at game expos and conventions in recognition of outstanding gameplay elements. The idea was to craft a transparent 3D representation of the Curse logo with a callout area on the base recognizing the company and the specific element of game play being awarded. Each casting is slightly different in color and gradient due to the method of production, making every piece a singular item with no identical copies.

30 awards were created in the first batch with another 60 on order for the remainder of 2015. Each piece is roughly 12″ tall and weighs about 4lbs. These are now in game studio trophy cases around the world! 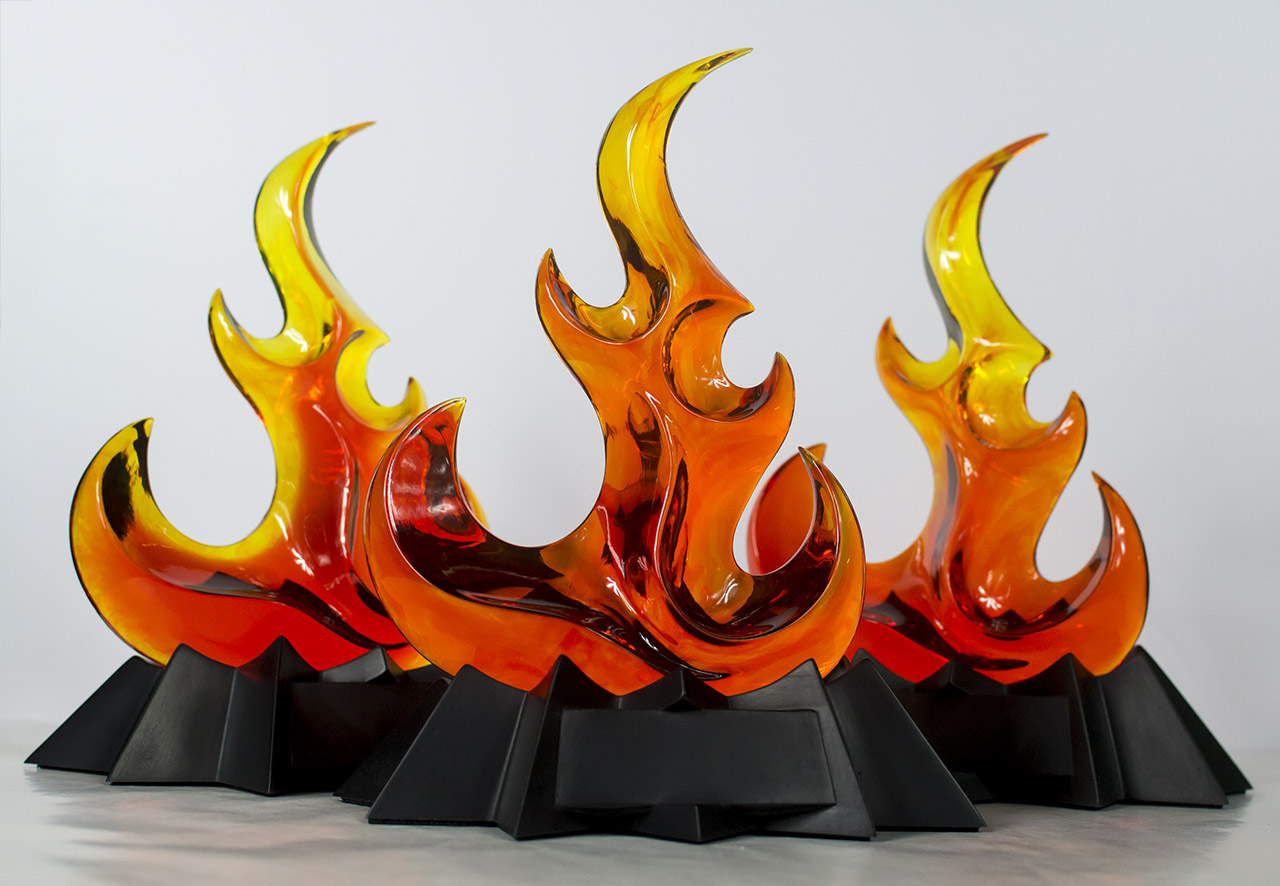