Curse Gaming needed a 3-dimensional version of their flame dragon logo created to serve as a trophy for part of an employee awards program. The project brief specified a statue of around one foot tall, tinted red and translucent to emulate flame, with significant weight so the trophies felt substantial. The initial order in 2015 called for 14 copies, though in subsequent years we’ve produced as many as a hundred annually!

Starting in 2019 with Fandom’s acquisition of Curse, we started producing teal dragons for employees who had crested their ten year anniversary with the company. An ultra special one-off copy was plated with 24k gold and presented to the CEO of Fandom as “Dragon in Chief” of the company.

Each sculpture measures 15″ tall and weighs 8.25lbs. Resin is pressure cast to remove any imperfections during casting, resulting in water-clear copies. Castings are hand sanded to remove seam lines then clearcoated with gloss urethane for maximum shine. A two stage pour gives the castings a color gradient from yellow-orange at the tips of the flame and dragon head to a darker red-orange in the center. 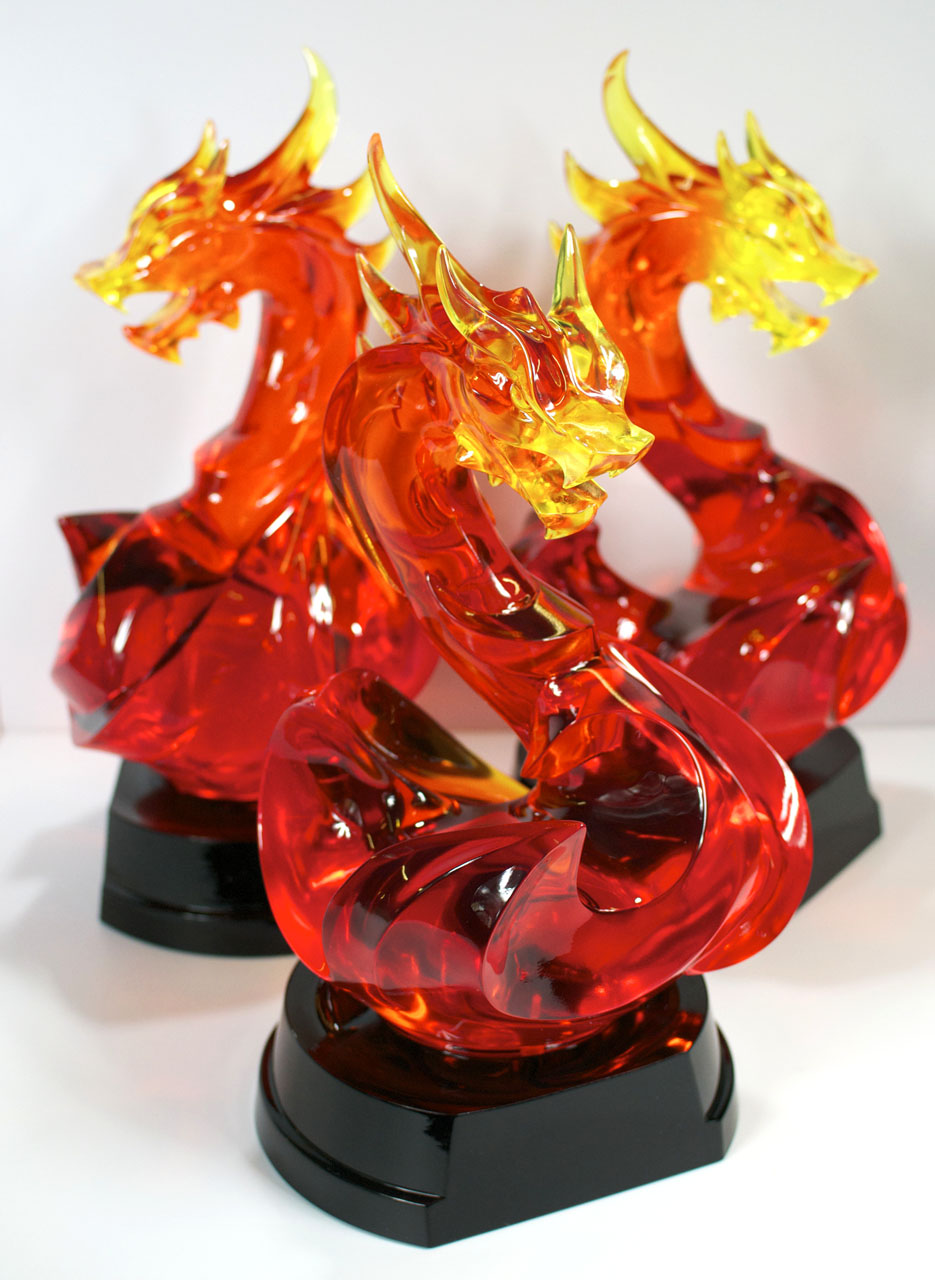