Commissioned by Riot Games, this battle damaged and rusty Fishbones is based off the weapon artwork in Jinx’s character reveal cinematic “Get Jinxed”.

While this is the second Fishbones I’ve completed, many of the parts still needed to be hand-shaped (such as the armor plates, handles and back fin) making this replica as much of a one-off as my original project. For this V2 revisit, the opening jaw mechanism was redesigned to be more robust and easier articulate with the trigger hand. Painting techniques were also changed, switching from enamels to urethane paints for a more durable finish. The overall build architecture remained very similar from V1 to V2, employing epoxy resins and lots of PVC sheeting.

Fishbones is comprised of eighteen individually sculpted, painted and weathered components. Like his twin, he has illuminated eyes, an articulated jaw, and has been built to be as lightweight as possible while remaining a highly accurate replica.

For those interested in making one for themselves, I sell castings of the head/jaw in my store, the blueprint, and a blueprint poster with some… helpful annotations. 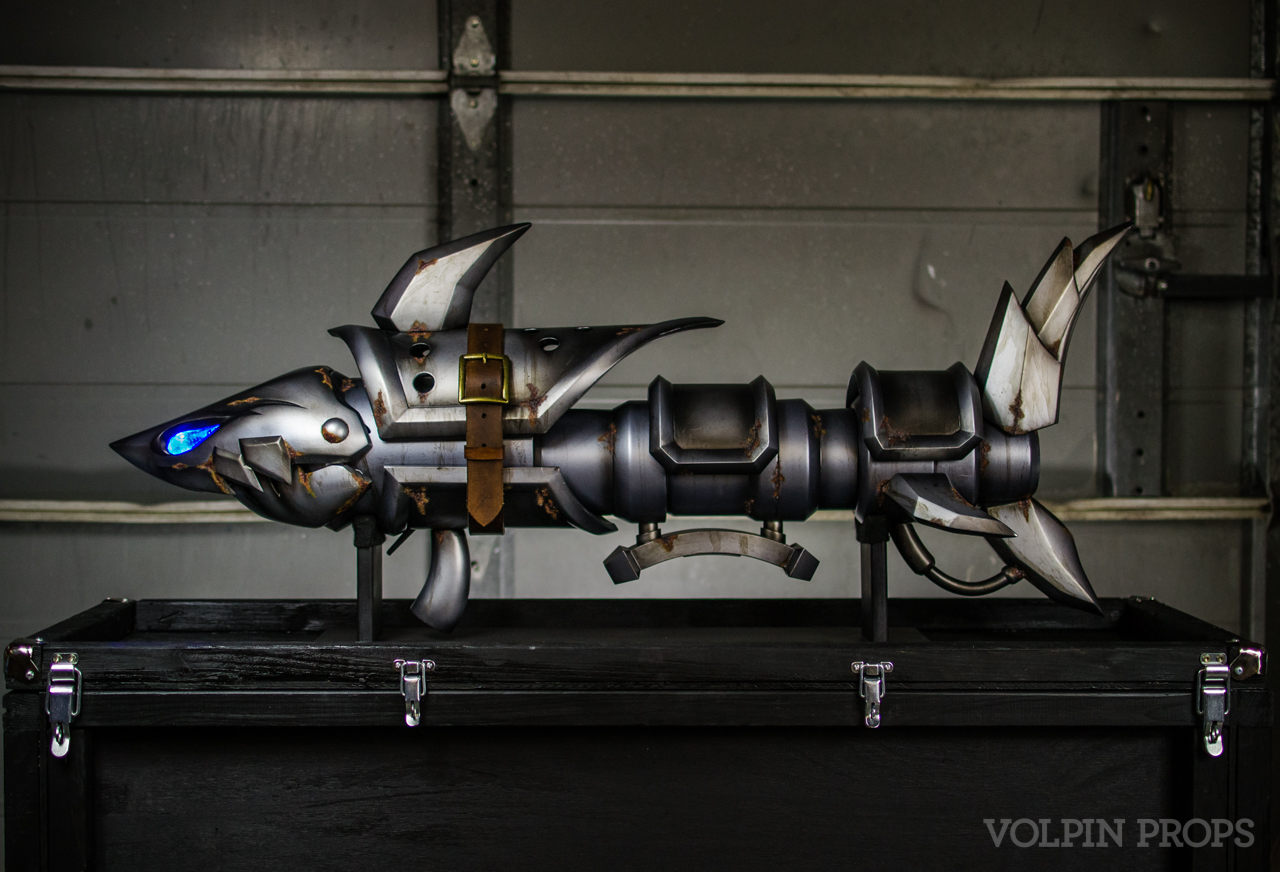