Built for Microsoft and Insomniac Games to showcase the Xbox One title Sunset Overdrive, this weapon is part of a collective build of 2 replicas built in collaboration with the studio Hex Mortis. The gun breaks down into component parts for transport and shipping and was built largely with 3D printed parts to save on weight and reduce turnaround time to completion. Other highlights include a faux wood panel built from foam and a magazine of fake records which were graphic vinyl printed to styrene. Build techniques like these allowed the weight to come in under 5lbs; a necessity for a piece built to be held by convention attendees posing in a Sunset Overdrive photo booth.

The High Fidelity  and it’s sister prop Captain Ahab were both completed in a timeline of only 3 weeks for their debut at Penny Arcade Expo 2014, and have since appeared at several other Sunset Overdrive events. 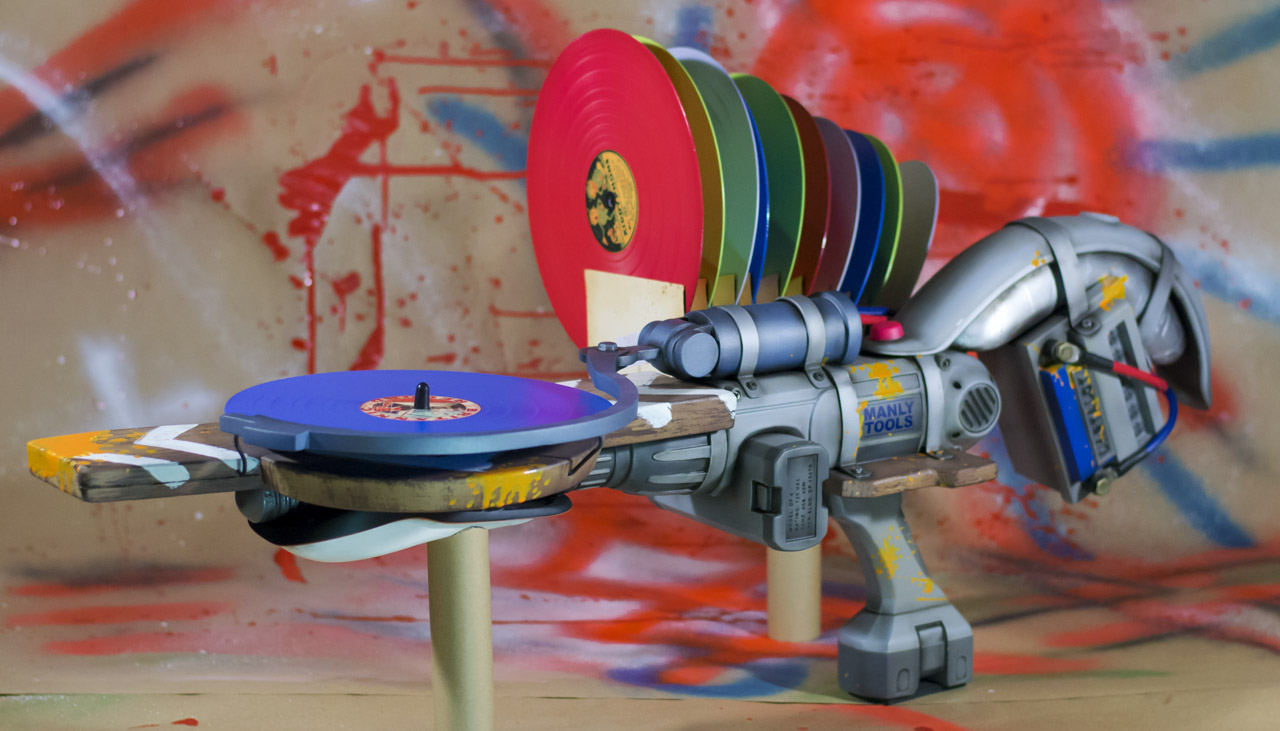