Riot’s North American Championship series, the LCS, had been running with their visual identity since we redesigned their Esports trophies back in 2016. After 5 years and dozens of replicas of the iconic NALCS trophy made for the winning teams of their biannual events, the name was changed to simply “LCS” and a new visual identity followed. As the longtime Esports trophy designers and producers for Riot, we were tapped to create the new look for this iconic award.

The LCS team wanted to keep many elements from the previous NALCS trophies, but streamline the overall aesthetic to better reflect the cleaner and smoother graphic identity of their rebrand. Additionally, different “tiers” of the trophy needed to be created which would reflect the increasing prestige of events that occur during a competition year: Lock-In being the first tournament, followed by Mid-Season, then Finals. We created a simple hourglass design with a blue gem held aloft in its center; the gem reflects the new LCS logo while calling back to the previous NALCS trophy design. The simplicity of the profile allows us to increase details like color and texture accents, in a sense “leveling up” the trophy as the year progresses. Lock-In trophies feature a simple blue and silver palette. Mid Season variants have a subtle LCS logo embossed on the trophy exterior and feature 24k gold accent panels. The Finals trophy combines both gold, blue, and the heavier textural elements of the LCS graphics package to showcase its significance as the top tier event of the season. 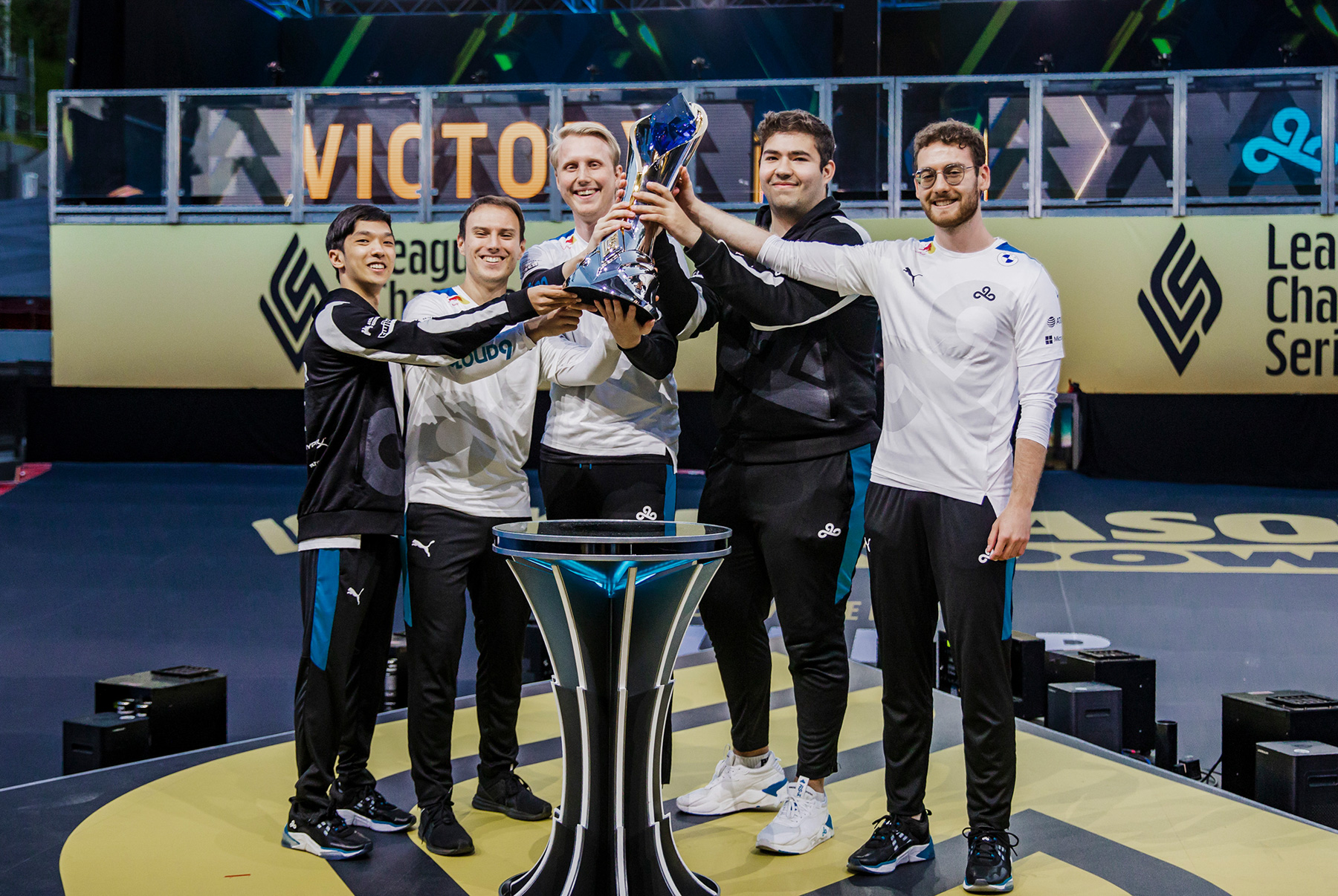