Created as a partner to the “Fire and Ice” awards, the 1v1 All-Star trophy was created for the individual League of Legends competition held in Barcelona. The All-Star is the final event in the League calendar for the year; it’s a last hurrah to celebrate the individual skill that goes into League of Legends. The best players are selected from teams around the world and put on team “Fire” or team “Ice” and teams go head-to-head in 1v1 and team matches.

The winner in 2016 was Uzi, who was presented this piece – the Poro King seated at his throne with two of his little Poro subjects camping out in his gold pile. This piece was created over the same three week deadline as the Fire and Ice awards. The finished sculpt is 18″ tall and weighs in at about 12lbs. All new assets were created as digital sculpts for this replica, drawing inspiration from the Howling Abyss and the Poros that inhabit the map. 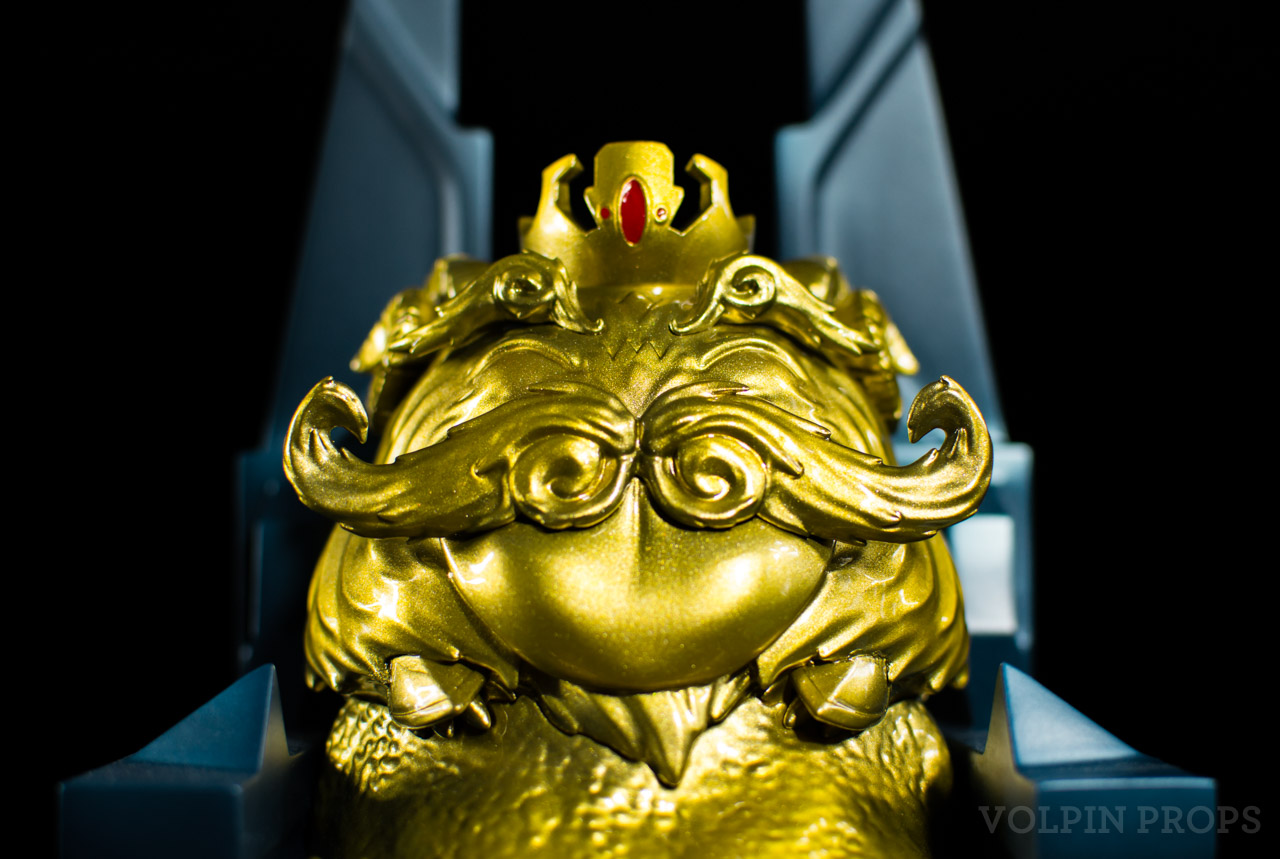