In mid 2020 we were approached by CD Projekt Red and asked to recreate nine copies of a fully upgraded Katana from the highly anticipated title Cyberpunk 2077. Eight would be sent to special partners and artists who contributed to the creation of the game while one would go on to be featured in the Run The Jewels music video No Save Point.

Four paint schemes were chosen based on game assets for the blades and recreated with a mix of urethane and acrylic paints. Each katana has a frame waterjet cut from 6061 aluminum with a 5052 aluminum hand-shaped blade. To match the in-game artwork identically our team used custom printed hydrodip graphics on the grip sections, applying each set of graphics by hand to the 54 individual patterned cast parts. continuing the future aesthetic, all hardware used in assembly is covered by screw caps that emulate a tri-wing security screw head, exactly as shown in the game. Measuring over 40″ long and weighing just over 3lbs, these metal swords really feel authentic to carry around! 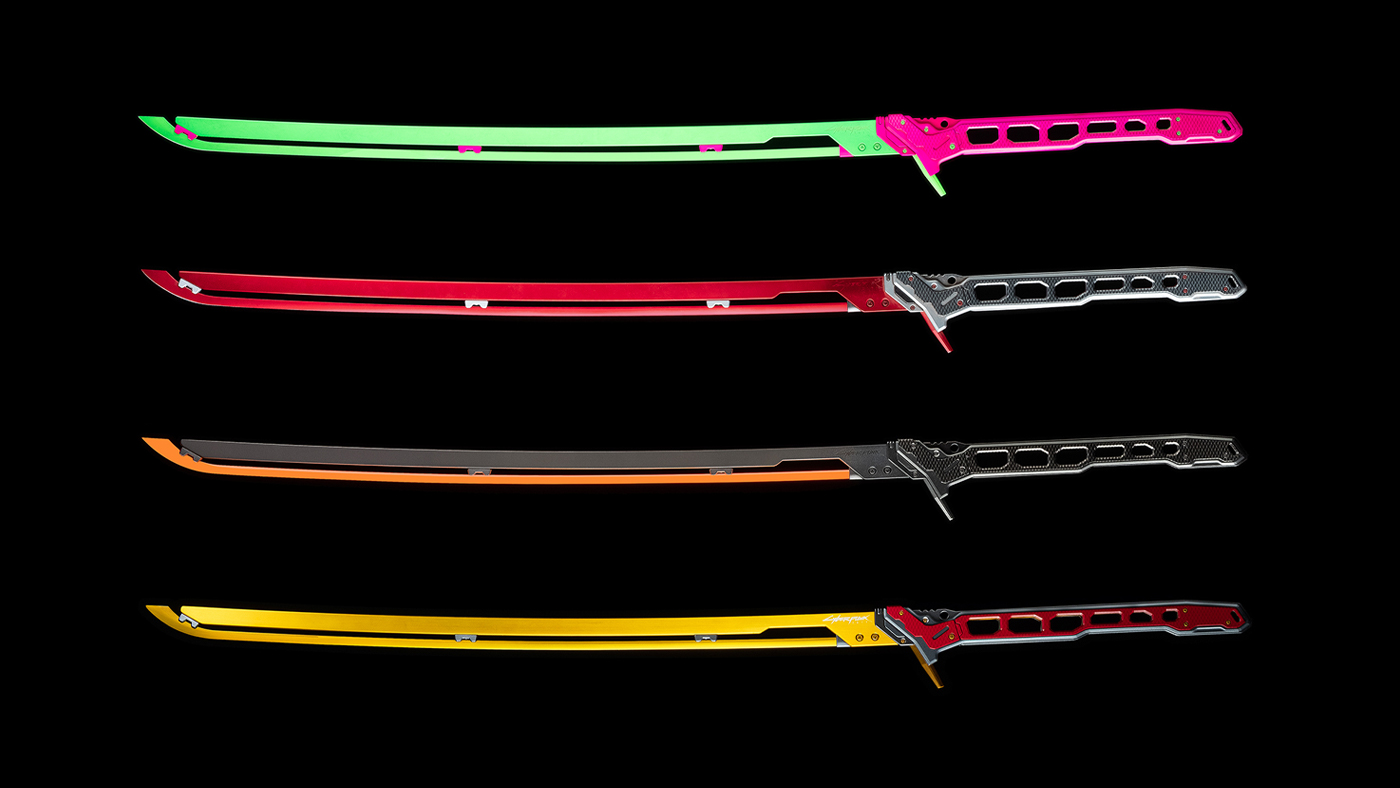