Could this be a dog? Miriel, the Pastor of Vows, was brought to life for the team at Bandai Namco to showcase Elden Ring and create a unique photo op and scavenger hunt checkpoint during PAX West 2022. While the in-game version of Miriel is about the size of a small bus, we decided to go with a more moderate (but still way larger than a regular tortoise!) 9 feet long and 5 foot wide sculpture. Largely comprised of urethane foam, Miriel is hard coated with a thick, uh, shell of dense resin that makes him more than durable enough for even the most cuddly selfie photo. While known everywhere as the “Turtle Pope” we knew that Miriel would eventually be headed to the new Bandai Namco US headquarters and live as official greeter in their lobby, so we made his iconic hat a removable item in case anyone form the office wanted to put a festive set of bunny ears or a Santa hat to celebrate special holidays in the future. This project was completed in just three weeks! 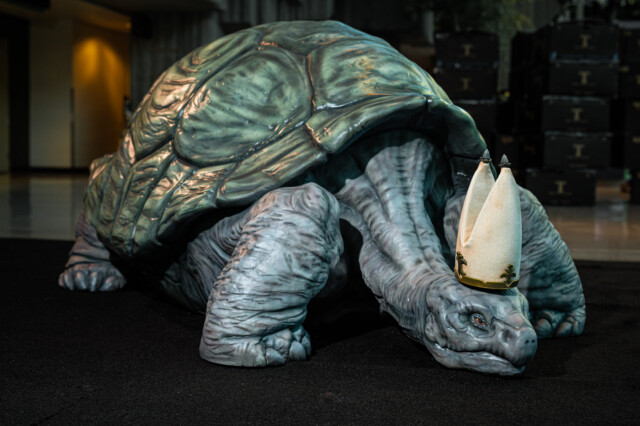