Created for the Overwatch World Championship to serve as the perennial Overwatch award for the World Championship series going forward, the OWWC Trophy is one of the tallest pieces we’ve built to date! Measuring nearly 3′ in total height and plated in 24K gold, this award weighs in at 25lbs! The clear cast globe at the top was a complex resin casting requiring 7 full days for the full volume of the material to cure. Built to last as long as the Overwatch league itself, several large steel bolts ensure the trophy remains rigid and intact through yearly celebrations.

Accompanying this is a MVP trophy, awarded to a player selected by the viewers of the final match in the Overwatch World Finals. This is a special piece and belongs exclusively to the MVP from each year! This piece is also plated in 24k gold to match the champ trophy, with a distinct silver plated base to differentiate it from it’s larger sibling. 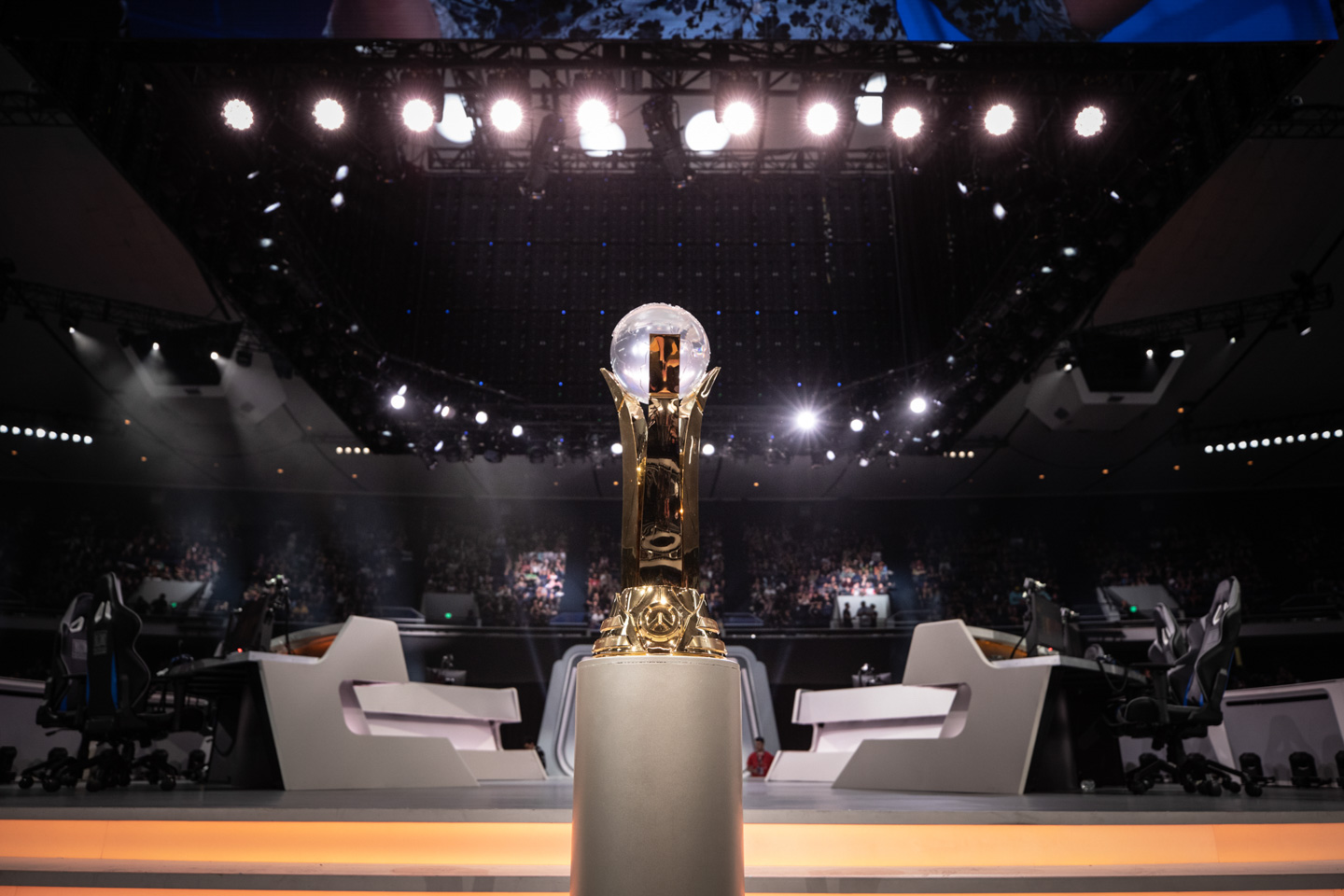