Created in about two months, the first Portal Gun is a copy of the main implement used in VALVe Studio’s 2007 release, Portal. As one of the first major projects for Volpin Props, it helped spark our appreciation for props and replica design.

This replica was revisited twice since it’s initial creation. The second Portal Gun was created for the annual Penny Arcade Child’s Play charity dinner in 2010. Version 2 featured the same illumination as the original piece, but was constructed from cast urethane and featured sound effects for firing as well as “startup” and “shutdown” sounds. The auction included an acrylic display stand signed by all of the artists who worked on the original Portal. At the charity dinner in 2010, it raised $14,500 to benefit children’s hospitals around the world.

The final iteration was built for display at the VALVe offices in Seattle, this Portal Gun features an embedded potato GLaDOS speared onto one of the barrel prongs. The gun itself has been modified from V1 with new decals and a heavier weathering job as it is seen in Portal 2.

GLaDOS has five LEDs embedded into her “eye” and circuit chips, and pushing a small button on the inside of the gun will result in these lights flickering while she speaks one of fifteen different lines of dialogue from the game. The gun itself features the same blue and orange illumination as V1 and 2 as well as startup, shutdown, and firing sounds.

This gun can be seen very briefly in the Sony Playstation 3 “Michael” advertisement from 2011! 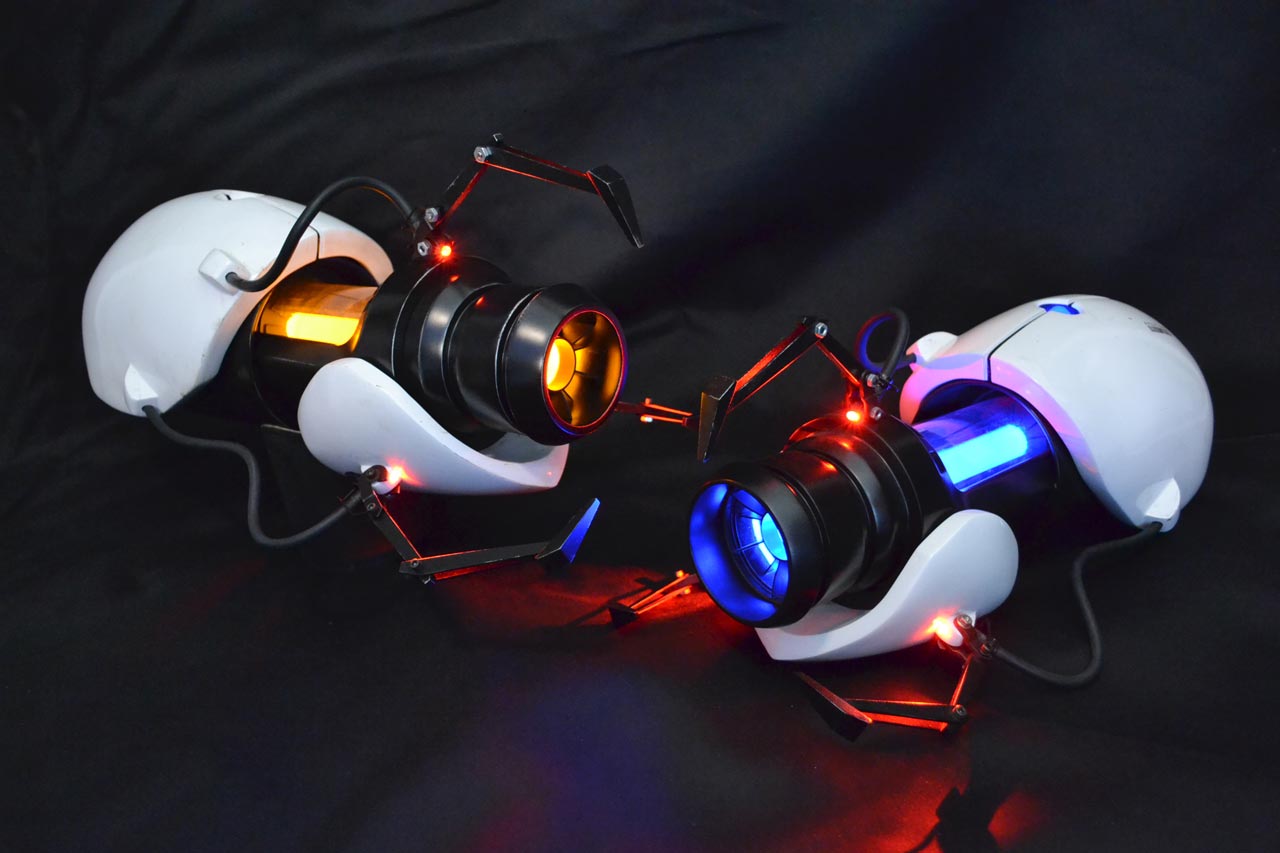