Toward the end of 2019, Riot Games broke cover on a number of new gaming projects including their digital CCG Legends of Runeterra. To celebrate the unveiling of this new project, the Runeterra team commissioned a set of seven special totems for the team leads who helped bring the game to life.

These 18” tall sculptures are composed of twelve different components per piece. A chrome sword sits plunged into a shattered crystal base, ringed with gold accents and the Legends of Runeterra logo. For this design, both 2D and 3D files were provided to our studio by Riot Games. We worked in tandem with the design team from Riot in order to bring these into reality as exactly as possible.

Finishing for these pieces was done in electroplated rhodium chrome to give the awards both a significant heft as well as the look and feel of solid metal. 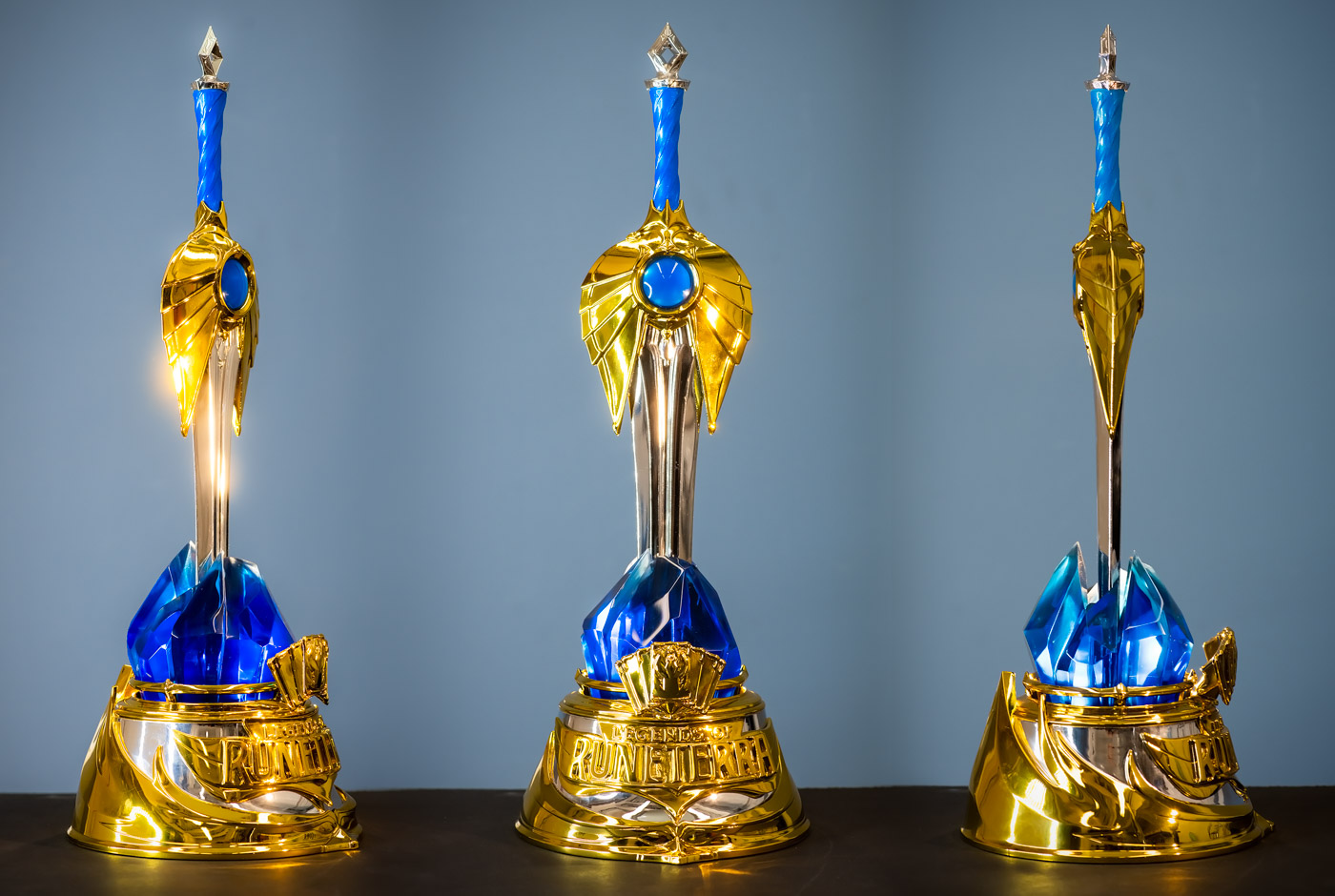