Commissioned by Riot Games for Penny Arcade Expo East 2016 as a partner to my Fishbones prop, this is a replica of the four-bladed chakram from the default Sivir character skin. With the game artwork being somewhat low resolution in League of Legends, new source art was created that follows the design language of Shurima to bring the blade to life.

Master sculpts for the blade sections were CnC milled then cast out of foam filled epoxy to cut down on weight while maintaining rigidity. The center ring and four small handle sections are solid urethane castings that provide a dense core for mounting these lighter blade sections. Each blade has two 14″ steel rods spanning the interior length, making sure nothing will warp or deform with use over time.

Paint work on the blade was extensive, with each section requiring five separate masking steps to create the “sunlight” streaks across the blade surface as well as the lighter silver edges and battle damage markings. Since each blade has two identical faces and there are four blades, this meant a total of 40 separate masking jobs were completed. Each had to be identical across all 8 blade faces to make the replica perfect.

The finished piece measures 36″ in diameter while only weighing about 9lbs. 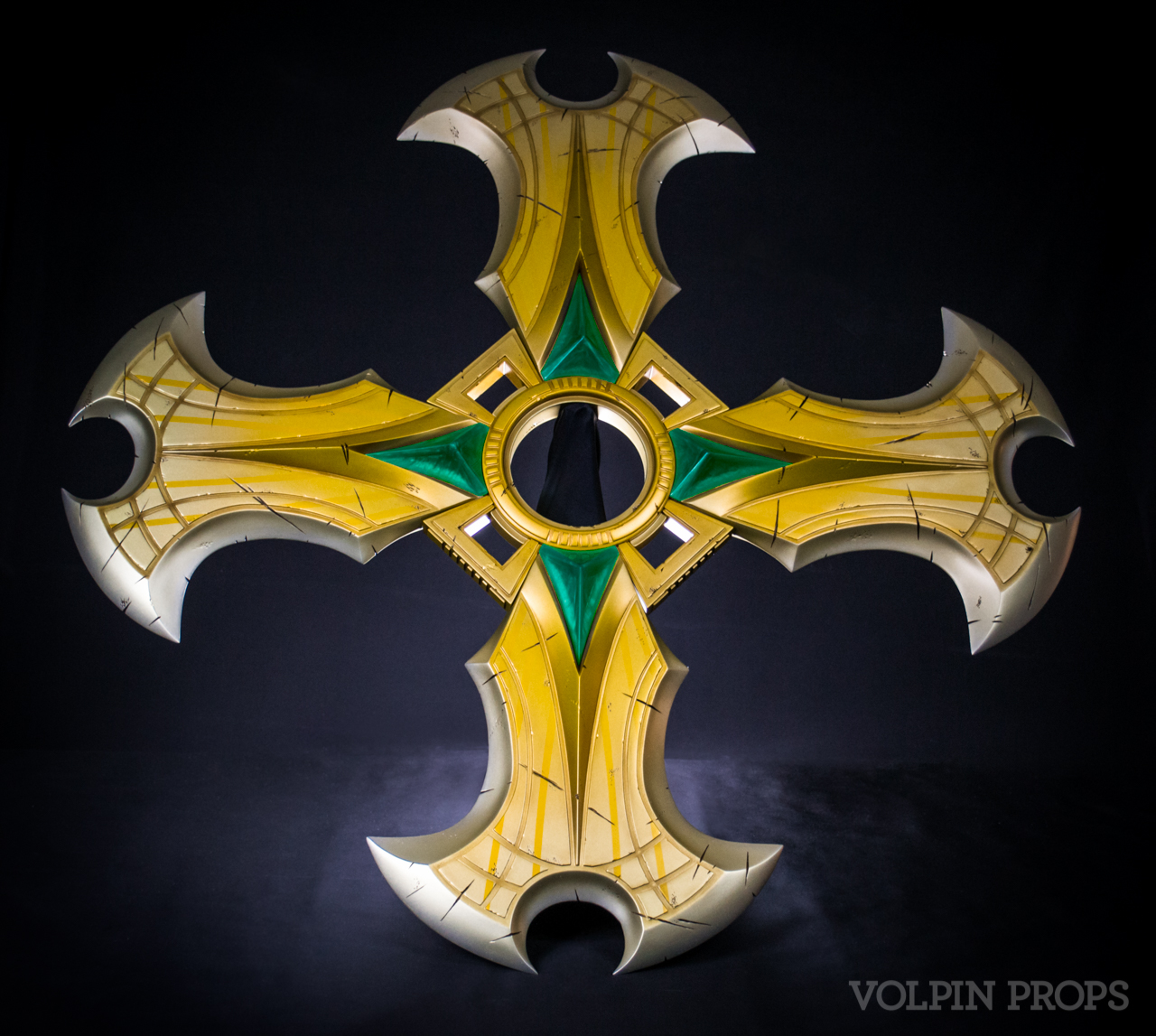