For PAX 2019, our friends at Supergiant Games contracted Volpin Props to continue our tradition of bringing iconic items from their titles to life. 2019 marked the 10-year anniversary of Supergiant showcasing their debut title Bastion at PAX 2009, and their anniversary booth would feature a replica from each of their titles over the years – this included creating a piece from their latest release, Hades!

As Hades follows the style of other Supergiant titles, no high resolution images or models existed for which we could base our design. Our team worked closely with the artists at Supergiant Games to create a 3D representation which would accurately carry over the well established aesthetic of Hades to reality.

Our replica of Zagreus’ Stygian Blade is four feet tall and is composed of cast acrylic components over a steel inner frame. Transparent cast gems accentuate hand painted elements alongside a chrome blade with chrome red accents. Forty green LEDs illuminate the runes on the sides of the blade, given additional depth with embedded cellophane. Lastly, the blade is capable of both internal and external power supply via an embedded battery pack or external 120V power input socket. 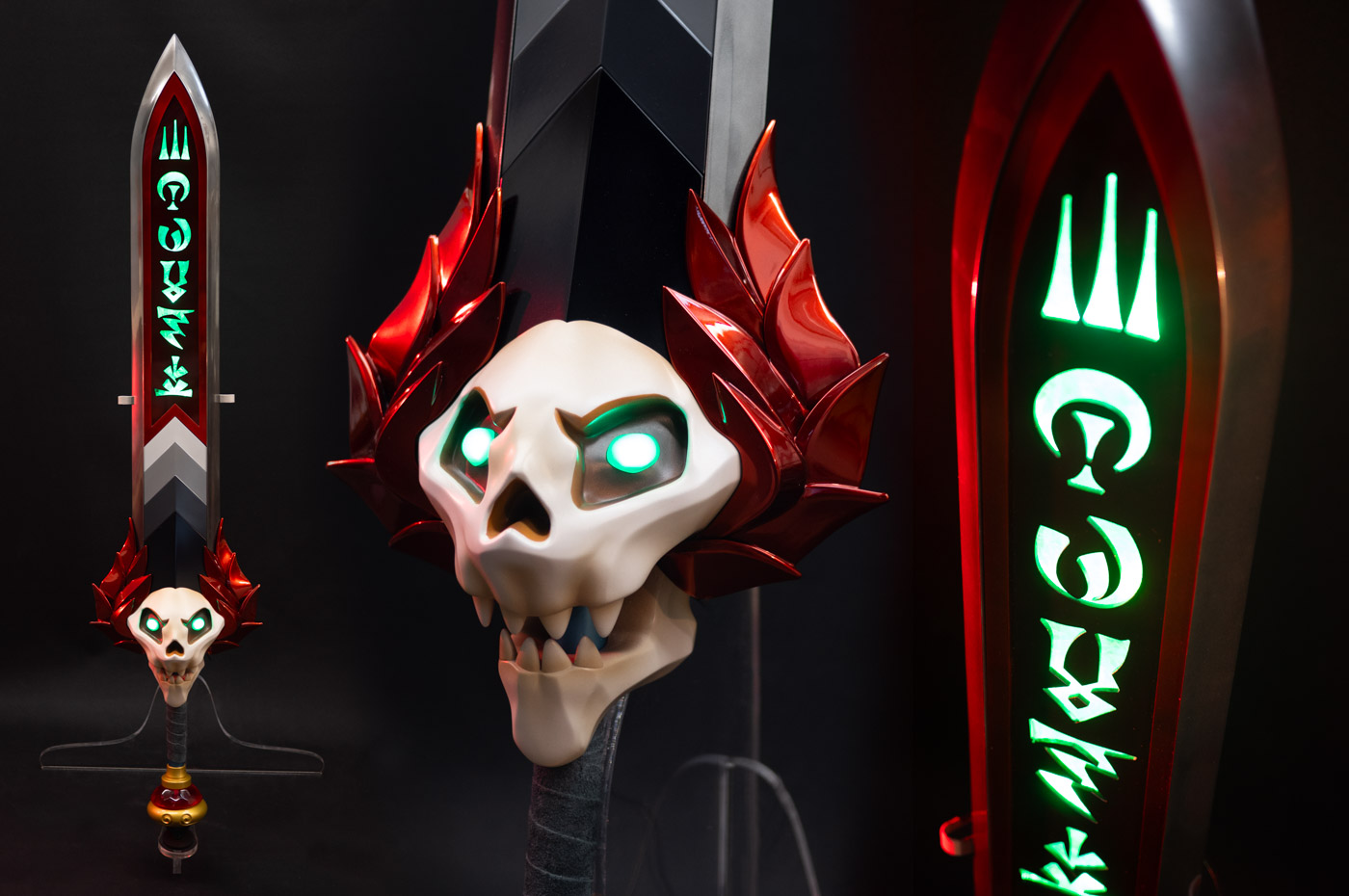