Superleague Gaming approached us wanting an eSports award that spoke to the core element behind their organization; teams are assembled from local talent and compete on behalf of their cities for the annual City Champs prize. Our design features a crystal skyline rising from a large faceted central gem. The trophy was also requested to reflect the aesthetics of League of Legends. The large curved architectural enclosure mimics the armor style of many League characters and environmental elements. The final trophy sits 18″ tall and is quite weighty with all of the solid clear resin elements.

Conceptual design by Nicholas Fair with modeling by Travis Wood. 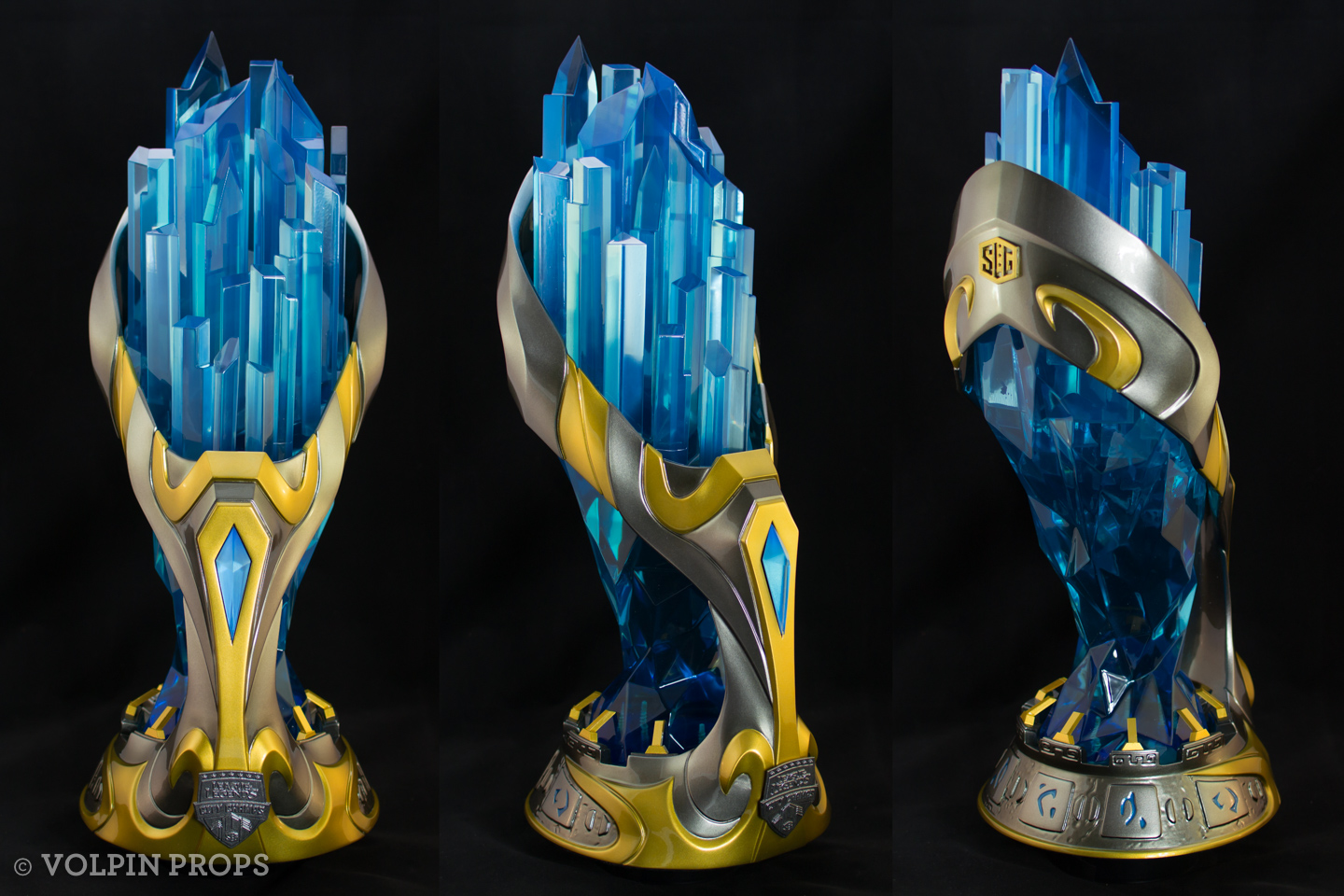