Teamfight Tactics was in it’s fourth year of Esports championships when they approached us with a unique request: make a trophy that was simultaneously a Golden Spatula but also an elegant and distinguished representation of the top step in their competitive gaming arena. Not an easy ask! Pictured are the results, and we’re quite proud of what we came up with.

The TFT Championship trophy changes from year to year based on the current expansion, so our trophy incorporates a removable magnetic plate on the front base area that can be swapped and updated as the tournament changes and new sets are added. The trophy itself is a combination of 24k gold and nickel silver plating. It stands 24″ tall and weights just over 15lbs. While the main 24″ trophy stays in the hands of Riot Games for each annual event, we also been create an 18″ tall 75% scale duplicate for the individual tournament winners. These are set-specific so player awards are unique to the winner and one of a kind. 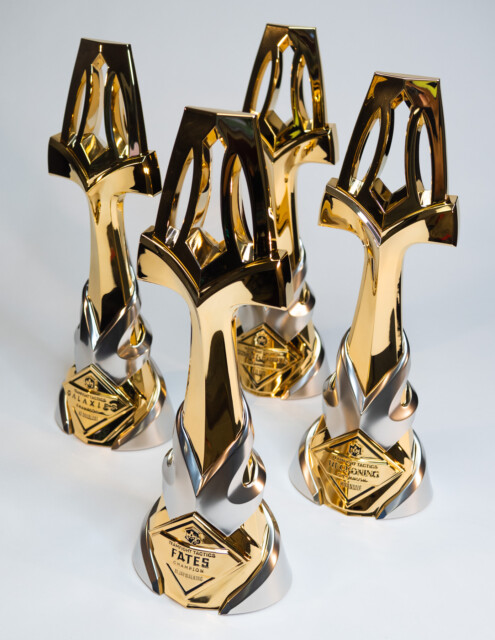