Created as an ultra-precise replica of the weapon used in the 2004 version of Hellboy, the Samaritan was modeled 100% from scratch based on screenshots, illustrations, stunt-used copies of the hero weapon and references provided by memorabilia collectors with access to the genuine article. The finished prop features a moving trigger, hammer and break release lever. A functional break action allows the 4 massive 22mm bullets to be removed from the cylinder, which also spins freely on a stainless steel dowel pin. In total, 28 individual cast components make up this piece. Over twenty screws and four springs help keep parts assembled and articulated.

While the grip was initially completed alongside the 3D model, the finished replica features a wooden grip instead of cast resin. Hand carved from a solid block of ipé hardwood, the grip has been treated to four coats of gunstock oil to better emulate the look and feel of the grip from the movie.

A “Tracking Round” was the finishing touch added to this replica. Four magnets allow the tip of one bullet containing an LED to power up and glow once assembled. The finished effect as seen through the fully rifled barrel copies the in-movie scene perfectly! 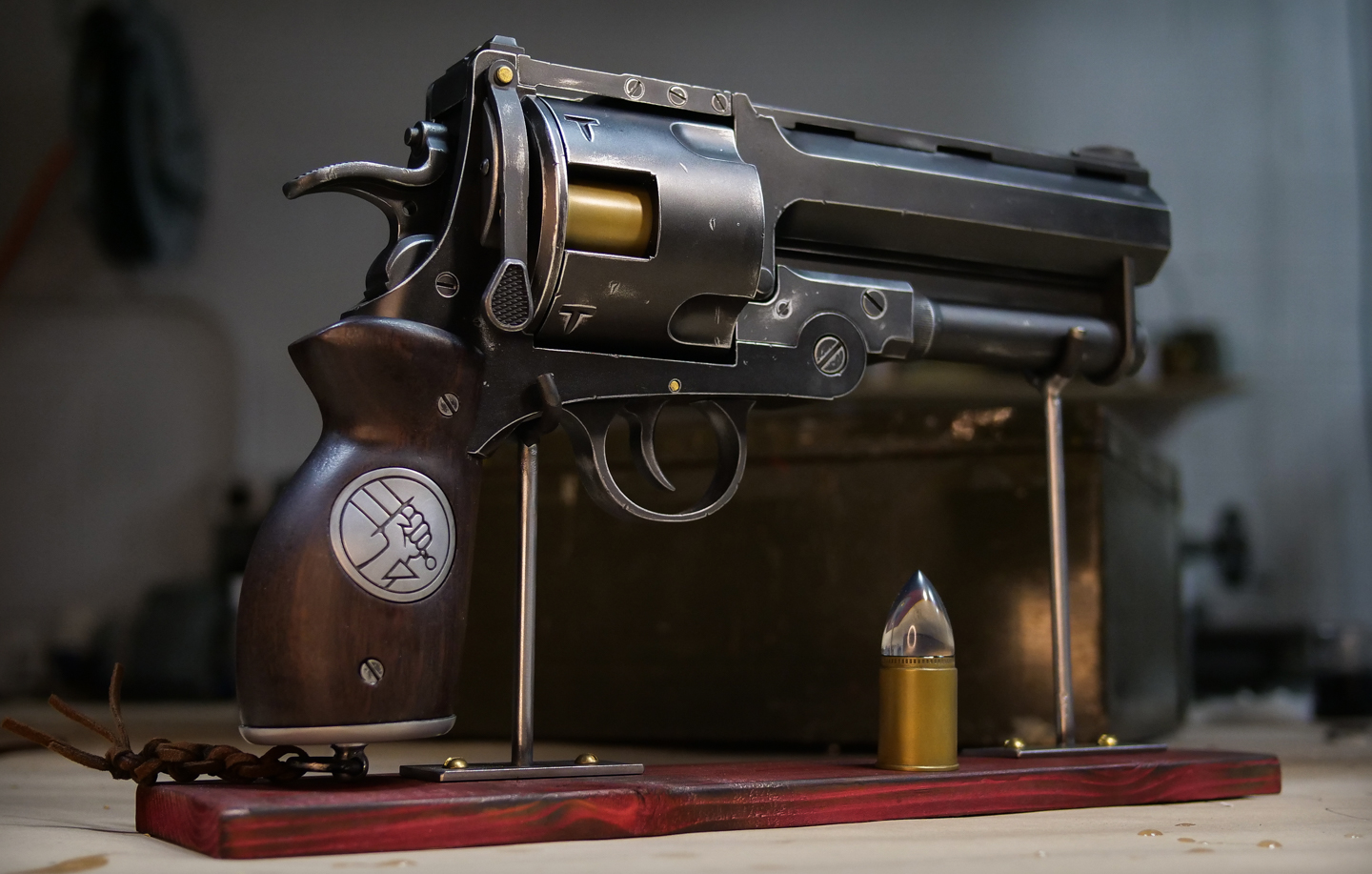