Riot’s shooter Valorant started its inaugural Esports tournament halfway into 2020 – a rough year for any launch, but one the Valorant team wanted to make as special as possible! Their aptly named “First Strike” event was meant to set the stage for the larger Esports initiatives that Valorant would be set to pursue in the years to follow.

We were tasked with creating a set of four trophies to commemorate the winners of the first set of tournaments, to be presented to the winning teams all across the globe. These pieces needed to be special and unique while allowing the Valorant Esports brand room to expand and grow as their tournaments developed in scale and prestige. The final trophies are 15″ in height and feature a prominent red Valorant spark set inside a steel-finish flame. Each one now lives in a separate country in the trophy room of each First Strike winning team. 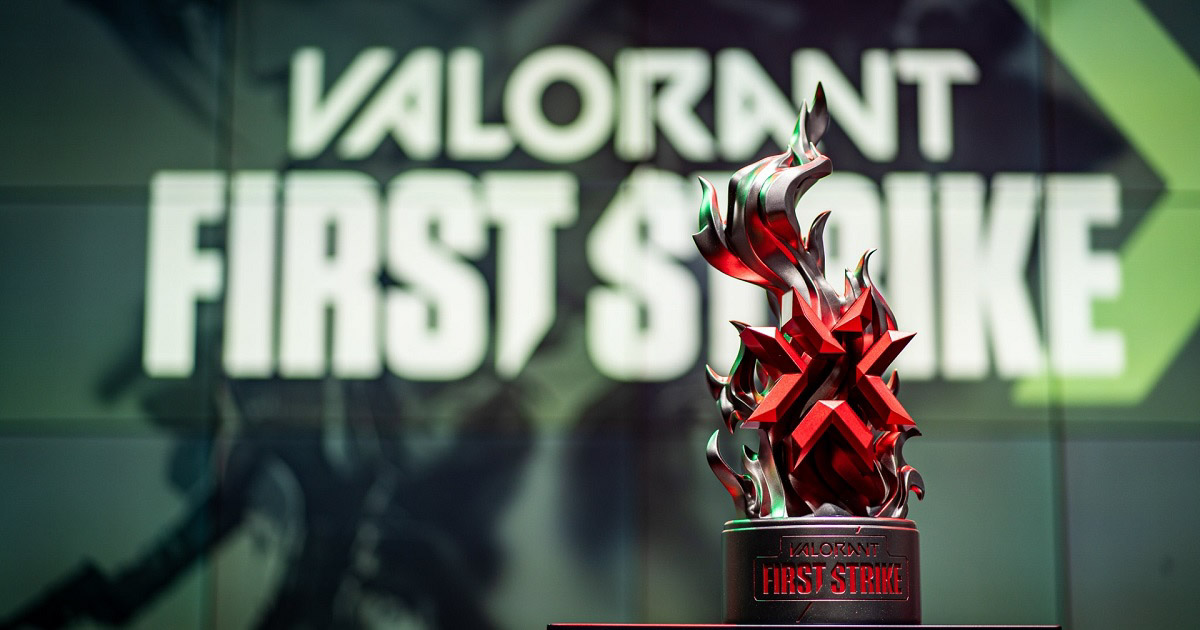