Continuing our relationship with Riot’s Valorant esports league, Volpin Props was tasked with the creation of the trophy for a new league in competitive gaming: Game Changers; a new program which supplements the competitive season by creating new opportunities and exposure for women and other marginalized genders within Valorant esports.

Our deliverable responsibilities were all-encompassing, beginning from 2D concept to 3D modeling through the final stages of fabrication. Welded stainless steel rods frame a progressively taller Valorant logo growing up from a radianite base, bringing together both game reference branding with the concept of growth and achievement. During the course of the project we also continued in the established spirit of the league; our project lead, 2D concept designer, and primary artists were comprised entirely of female and nonbinary creators. 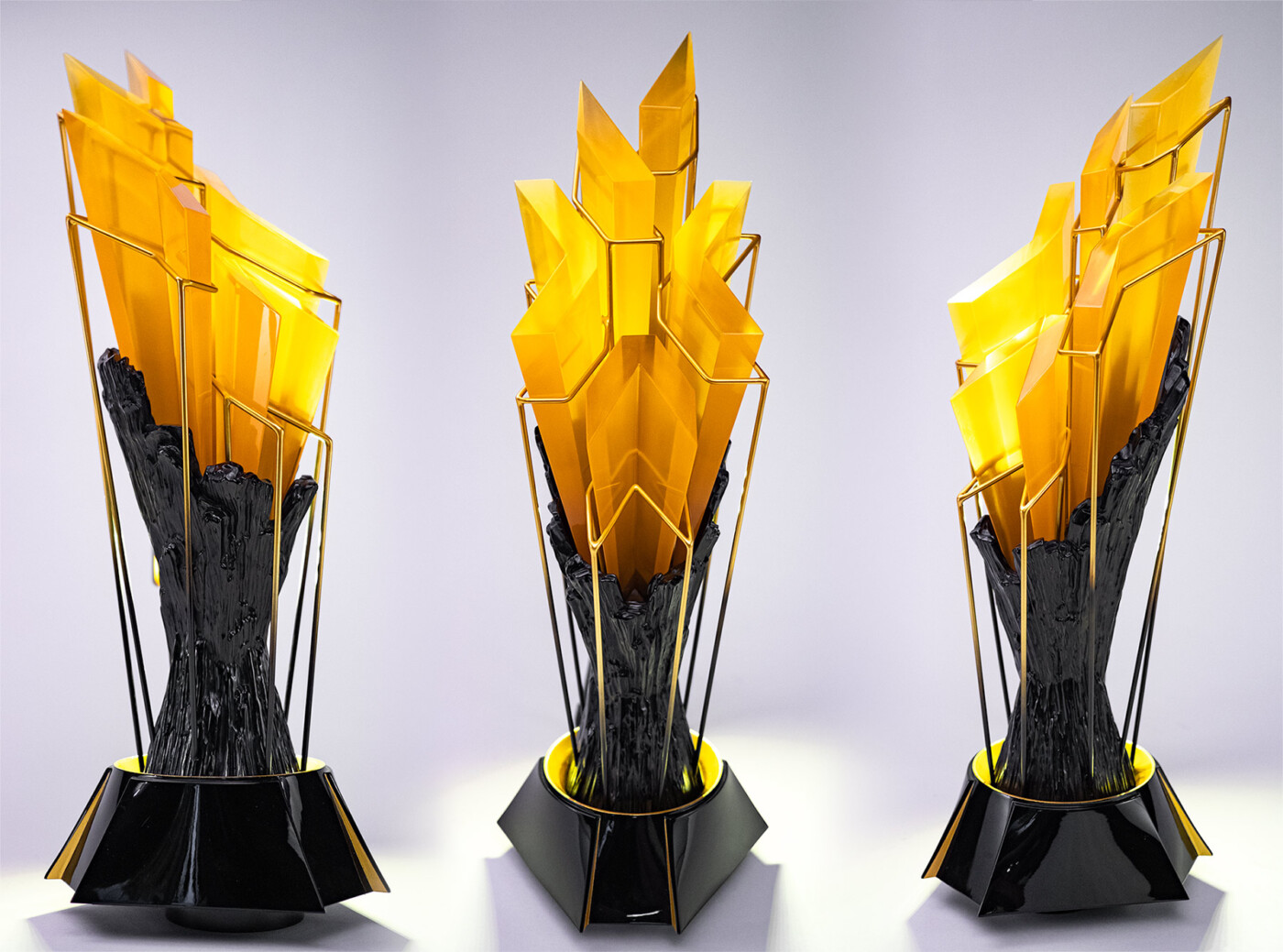