The Wild Rift Summoner Series is the North American circuit for Riot Games’ newest mobile title, and in 2021 Riot wanted to create a unique item to serve as the trophy for their inaugural event. Presented with the challenge to make a “trophy that isn’t a trophy” by the Wild Rift team, we explored the opportunity of items from the game that could exist as scaled replicas, crafted as a prestigious and premium artifact pulled from game lore. Thresh had featured significantly in a Wild Rift feature video a set to be released a few weeks before the Summoner’s Cup finals, so we set out to recreate the smoke, wisps, and ethereal glow in reality.

Volpin Props created six Summer’s Cup lanterns in total; two full scale copies and four “shortened” versions which eschew the lower base portion. Thresh’s Lantern is as complex as it is intricate, and special care was taken to design the supporting elements of the lantern frame to be visually light yet durable and strong. All variants of the lantern were created with UV reactive dyes and fluoresce brilliantly under black light! The larger lanterns also feature internal illumination in both the flame base and lantern interior so they can glow all on their own without any external light source.

We’re looking forward to continuing the “replica as trophy” trend as the Summoner’s Cup continues to grow for years to come! 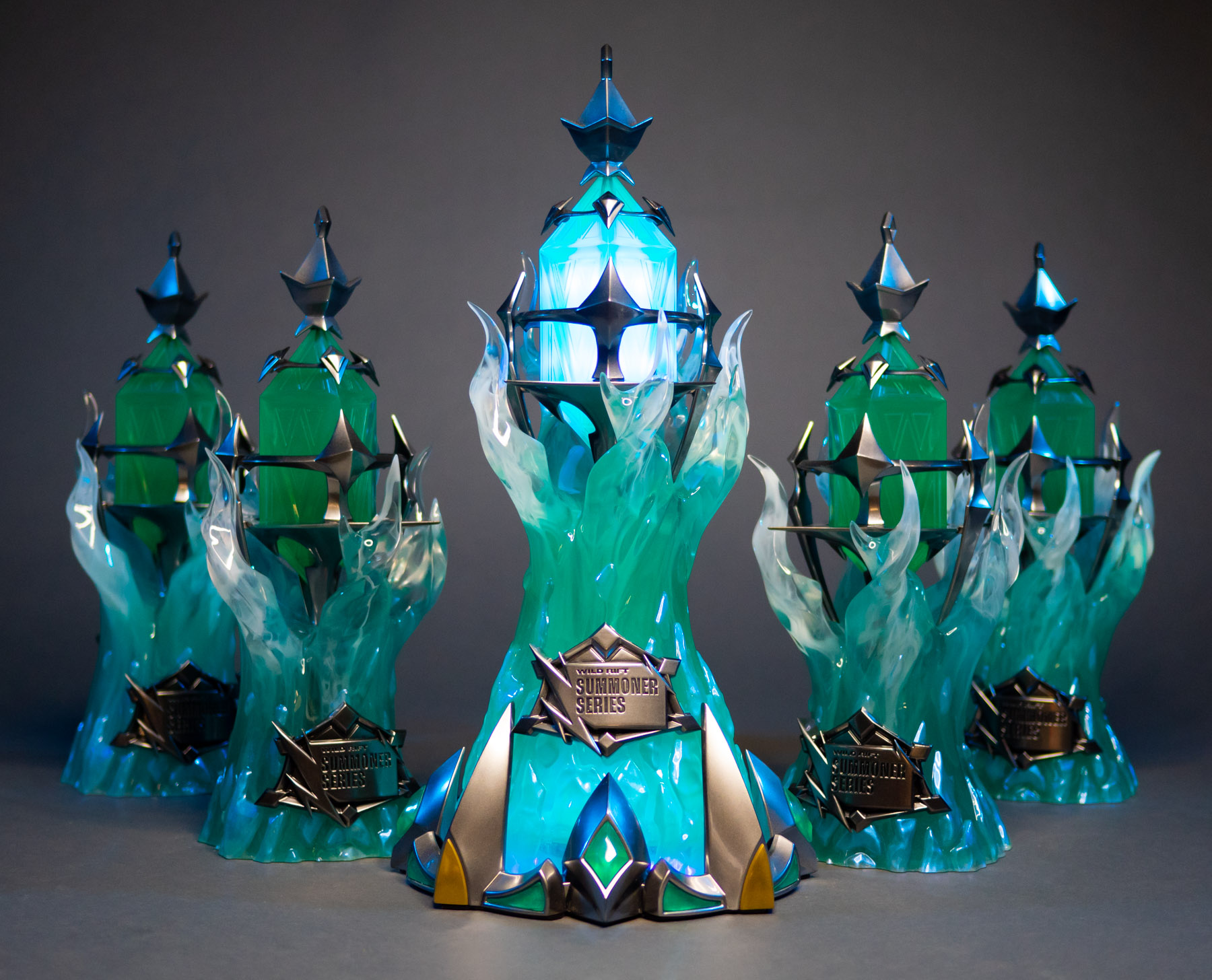