In 2021, we added our fourth Esports property from Riot Games to our portfolio: Wild Rift. Riot’s newest mobile title was looking to identify itself as a lighthearted and approachable form of competitive gaming, and we fielded requests from both the North American and Global tournament teams to bring these ideas to life.

The trophy is the inaugural Horizon Cup which saw players from 13 countries compete for the first-ever Wild Rift Championship. Our task was to create a sculpture that held both the iconic shape of an awards cup while simultaneously portraying the levity of the series as well as a physical representation of a mobile device finger swipe.

Horizon Cup visuals were tightly connected with the “swipe” gesture, and we created a swirling design with abundant overhangs and negative space that follows this direction. The finished piece is 20″ tall and cast in a single component with the use of an exceptionally complex mold. Chrome effect paints and subtle purple gradients accent the form and further tie the design into the Horizon Cup visual identity. 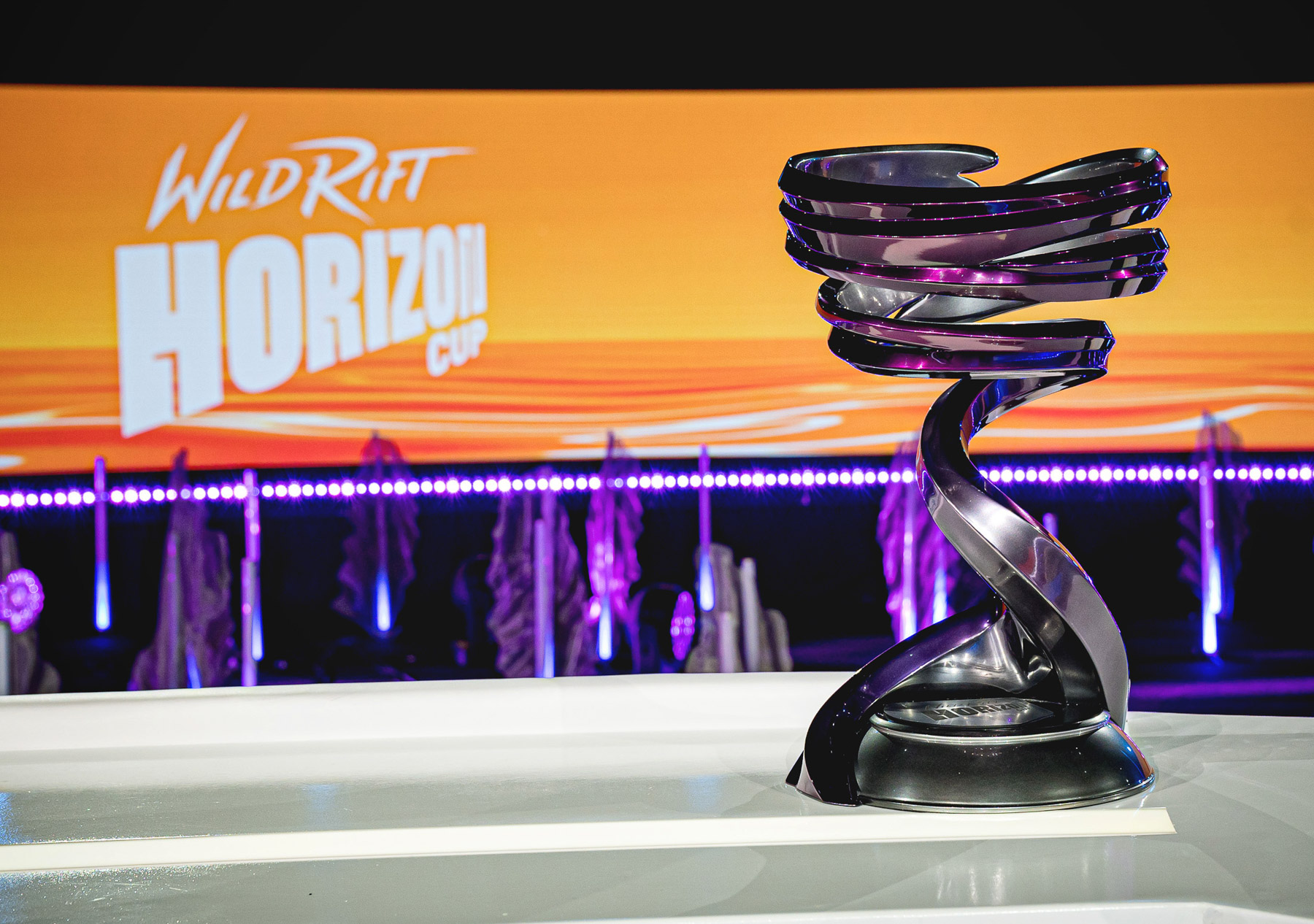