Black Dragon Sculptures for Wizards of the Coast

Wizards of the Coast expanded their offices into a new location in Bellevue in 2021, and the architecture firm in charge of that project reached out to Volpin Props for some Dungeons and Dragons themed items to bring some of the fantasy into reality. We worked closely with JPC Architects during the course of this project to bring these Black Dragon busts to life, as well as the Strixhaven-based “pests” shown elsewhere in our portfolio.

The Black Dragon from Dungeons and Dragons exists only in 2D illustration form, so we began by creating a set of turnaround illustrations in order to capture all angles of the sculpture. This was translated into a rough 3D model that included recessed provisions for the horns, teeth, and large upper fin. Smaller horns and teeth were 3D printed while the main body of the dragon, along with the larger horns and top fin, were sculpted in oil clay over a printed armature. Fully assembled the bust measures 25″ from the wall to the tip of the chin spikes, and nearly 18″ tall to the top of the fin.

Wizards of the Coast would have six of these dragon busts installed in their gaming room. Each was to be painted in a satin black and mounted to the wall of the studio above upward-directed wall sconces. Our clay sculpture as well as all 3D printed teeth and horns were molded to produce the necessary copies – there’s 72 individual components in each individual dragon! With 30 teeth, 38 horns, 2 eyes, the main bust, and the top fin all accounted for, a total of 432 separate parts were created for this project. In order for JPC to secure the sculptures to the wall of the new WotC studio, we designed a set of welded steel frames embedded into each dragon bust. These featured threaded steel inserts so the dragons could be easily bolted to any vertical surface. 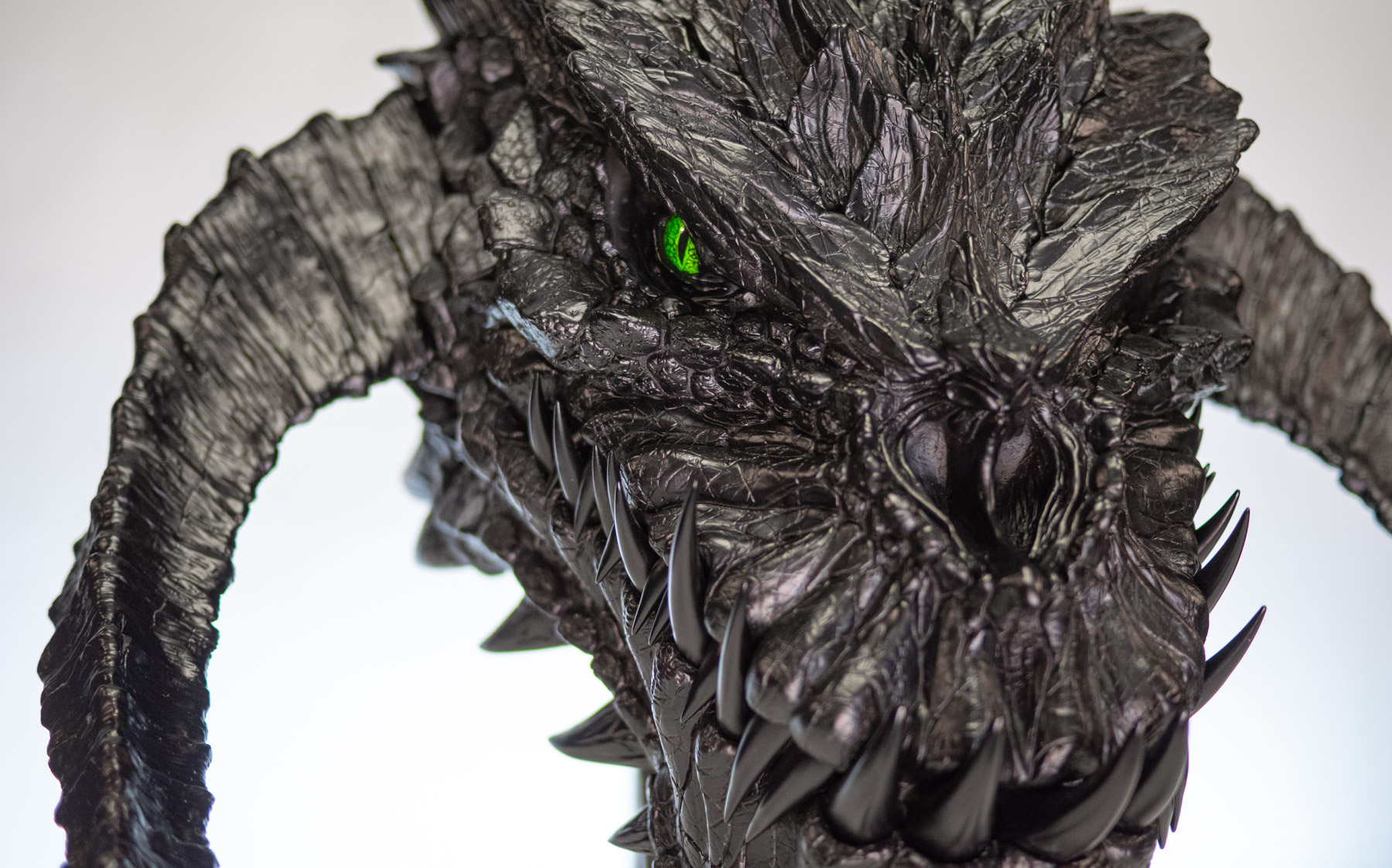