Strixhaven Pests installation for Wizards of the Coast

Wizards of the Coast expanded their offices into a new location in Bellevue in 2021, and the architecture firm in charge of that project reached out to Volpin Props for some Magic: The Gathering themed items to bring some of the fantasy into reality. We worked closely with JPC Architects during the course of this project to bring these Strixhaven-based “pests” to life, as well as the Black Dragon busts shown elsewhere in our portfolio.

Each pest was conceptually fleshed-out in 2D turnarounds prior to physical fabrication, as many of the official artwork only shows these creatures from a single angle and in small scale. The pests themselves were each hand-sculpted in oil clay prior to moldmaking and casting in urethane, followed by many hours of detailed hand-painting in vibrant colors to bring each to life. Our goal was always to strike a balance between cute and creepy; a little bug you wouldn’t mind sharing a table with in the Wizards VIP gaming suite!

For the smallest of our pests, custom blown glass jars were created and filled with a water-clear rubber to simulate preserved specimens encapsulated in chemicals. The smallest little bug is a mere two inches long, while the largest (and brightest!) pest is nearly two feet in length. The large pest lives in his own terrarium; a giant glass sphere populated with faux grass and water and a couple little friends to keep him company. Thirteen pests were creates in total, occupying five individual jars which are scattered throughout the VIP Gaming area at the new Wizards Bellevue office. 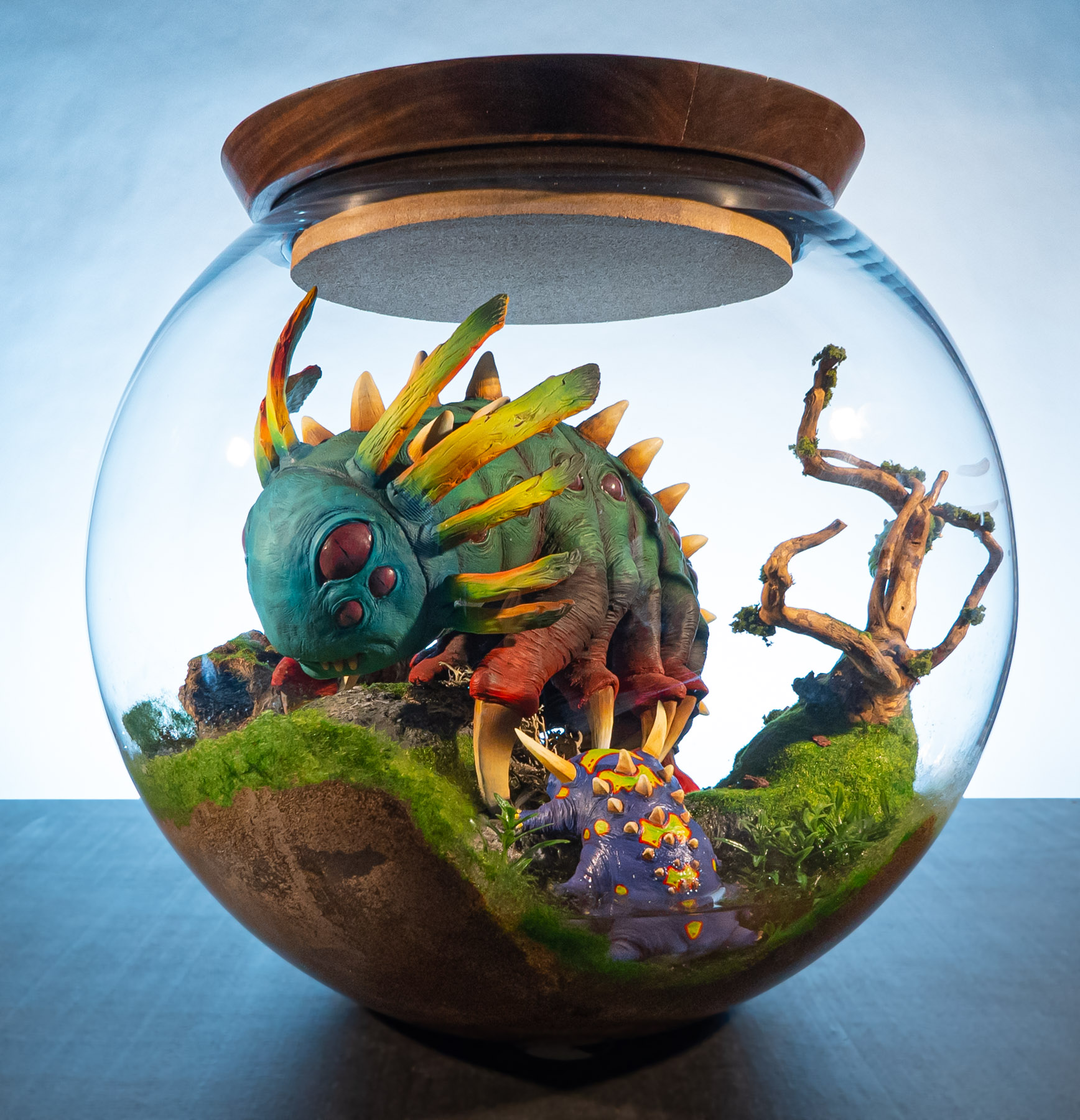