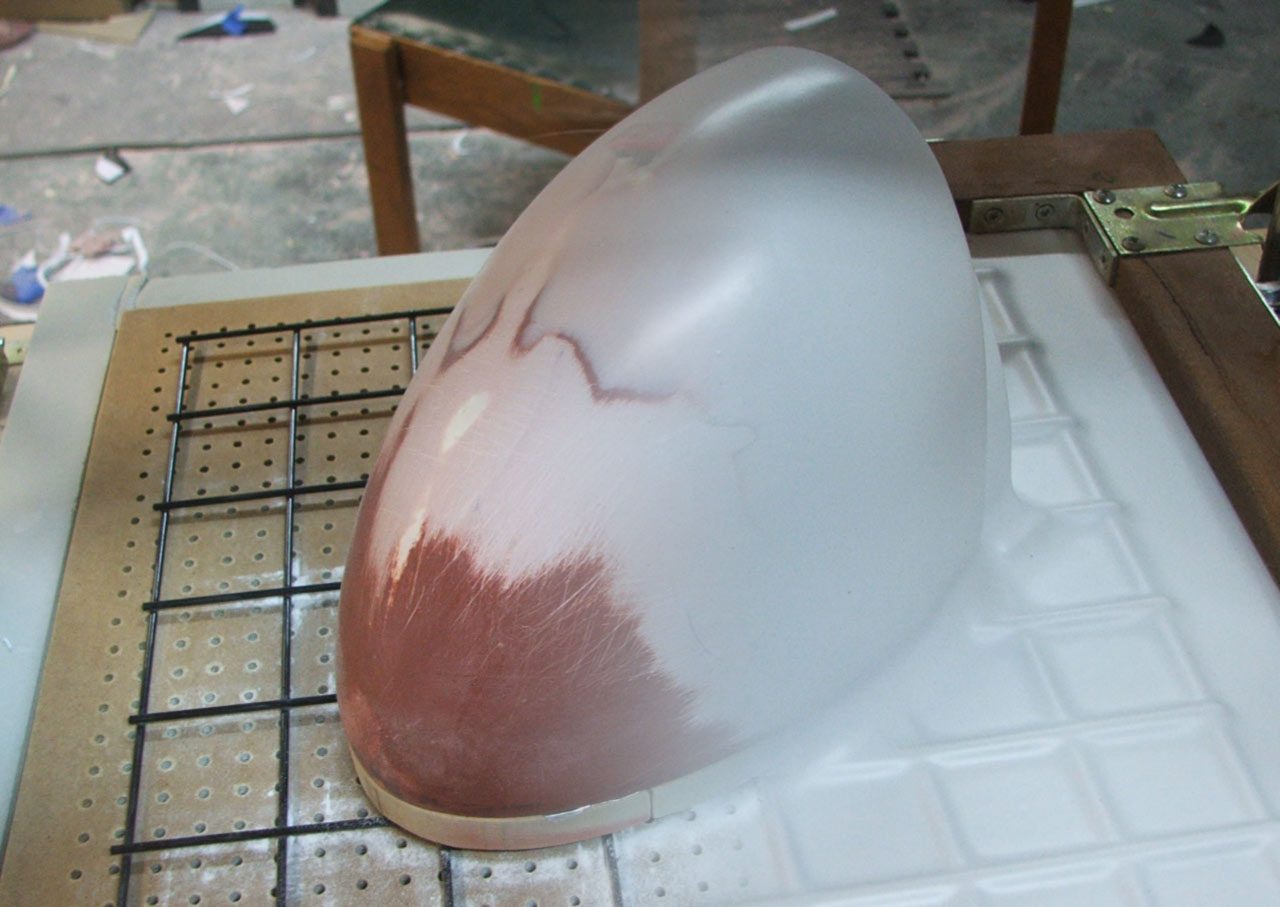 I have long wanted a vacuum-forming machine of my own, and after scouring tons of resources online, I finally decided to try my hand at it. My former is a little bit different from others I’ve run across. My wife and I recently received a new toaster oven for our wedding (Thanks Cindy, Susan and Terri!) so the old one that followed my wife through college was now up for harvesting. I decided to take out the heating elements – these being often the trickiest part of most people’s vac-former builds – and make myself a vacuum-former around them. This limited me to the size of the heating elements, but since this is my first ever attempted vac machine, I figured it couldn’t hurt to start small.

Here’s a few helpful links I scoured when doing research for my build:

First thing was first: I had to dig the coils out of the old machine. The flash in the picture makes it look worse than it was, but we’re talking about 5 years worth of corn dogs and mini pizzas here. This thing was nasty. And the guts I excavated. In the end, I didn’t end up using the temperature control switch or the timer. The “bake, broil, toast” is only a rotary switch that turns individual heating elements on and off, so that was scrapped as well. The wires had a nice heat resistant shielding on them, so I re-purposed those later. They even had their very own fancy ceramic posts! From the dimensions of the oven, I worked backwards to figure out the size of the platen and frames. Frames are also maple, held together with L-brackets and wood glue. For the platen, I took two sheets of 1/2″ MDF and sandwiched them around a sheet of 1/4″ MDF. The 1/4 was trimmed to about 3/8″ wide to form the inner hollow area. These were clamped and set to dry overnight. On the underside, I glued in a threaded piece of PVC and sealed the seam with caulk. The threads allow me to use a different adapter if I ever step up to a larger vacuum pump in the future. This is the cobbled-together adapter I’m using for now. All sealed with caulk as well, it pressure fits onto my shop vac hose. After this came the drilling. And then more drilling. And some drilling after that. I don’t know what I would have done without the laser guides on my drill press. The holes are 1/8″ and spaced every 1cm. This was based on my “well, that seems like a good idea” research, and some hinted-at suggestions online that smaller holes over a larger area work better. I got the rolling table when stopping by my parent’s house to pick up some of their old furniture. This used to be their kitchen telephone table. Initially, I had planned to remove the leaves, but had to include them in the end because the table top was about 4″ too narrow. Here’s the freshly drilled platen and the oven box ready for mounting. The oven box itself was mounted to the table using 1″ x 4″ poplar boards. 3″ long lag bolts were used to anchor the board to the sides, and it is held to the table with L-Brackets The inside of the oven before mounting the coils. I used fireplace caulk to seal the edges and seams of the hardibacker board. I also used this later to seal the wiring going into the oven. To articulate the plastic frame and move it from the oven to the platen, I tried something I’ve not seen used before: drawer rails. Similar to the idea of using toaster oven heating elements, this was something that seemed to make sense in my mind, despite never having seen it employed before on anyone else’s build. I bought 4 of these at home depot – 24″ long – and mounted them to the table and frames. They took some adjustment, but overall the result is great. Smooth action and dirt cheap! For power, I ran a grounded line to a distribution box with its own outlet. The switch here controls the oven, and the outlet is used for the vacuum and heat gun. Don’t laugh at my rigged-up switch plate – I had a few of these laying around and I was trying to get this thing together as cheaply as possible! The oven wiring took a little trial and error to get right. Initially I had the entire thing running in parallel, but this tripped the breaker in my garage a few times, so I had to change the wiring configuration. I decided to do 2 coils paired in parallel, and then wire these two “banks” together in series. That worked out well, heating the elements nicely but not popping my breaker. I had a few more things to do before firing it up. The frames needed a way to clamp to one another to hold the plastic in. I used some aluminum L-channel stock and cut 2″ sections from it. These were screwed to the frames and secured around the plastic with binder clips. I have somewhere around 600 of these things in my house from a previous project, so I’m always trying to find new ways to use them. I also added a strip of closed-cell foam around the platen to help seal the vacuum when I lowered the frames down. Additionally, I added non-skid tape to the insides of the frames to better hold the plastic in place. With that done, it was tine to melt some plastic! I grabbed some random junk from my shop and lined it up. Shown (clockwise) is: And the first pull! This was with .060″ styrene – I’m betting I can get really good definition with some thinner stock, but its what I had available. A close-up of one area. Not bad for a first pull! All told, this project cost me around $100. Most of the components I already had laying around from other builds, so I guess if you had to go from scratch, it might end up running $150-$175 or so.

Best of luck fellow DIY-ers, hopefully we’ll start to see some more toaster-oven formers popping up in the future. As always, thanks for reading!