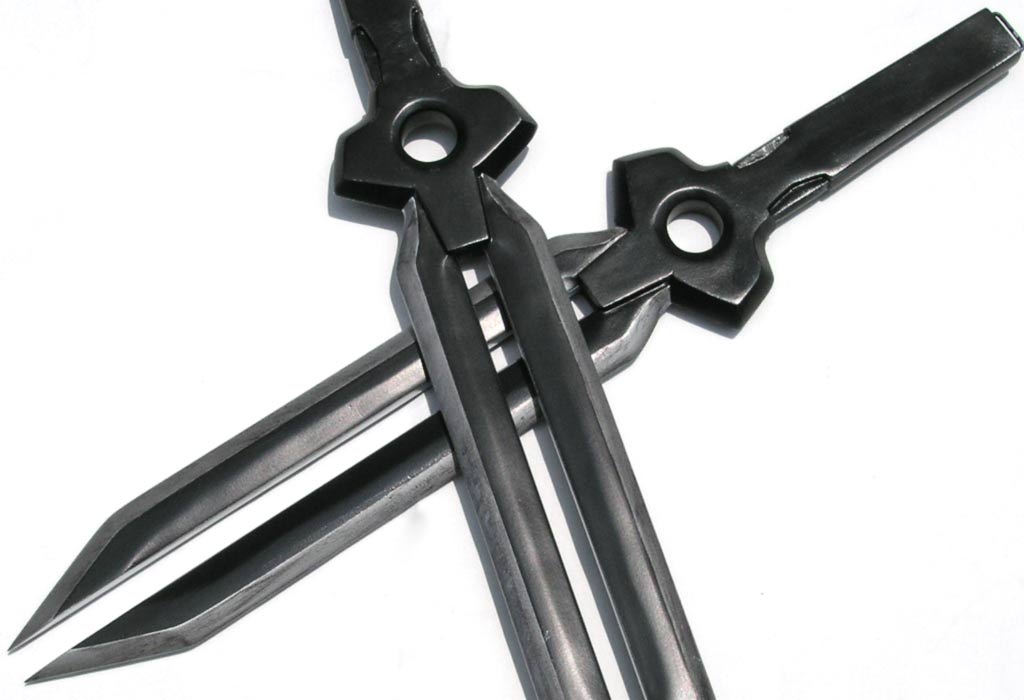 Since I was making 2 of these and they’re symmetrical, I decided to sculpt one half of the blade. This would be molded and cast 4 times in resin, then the resin halves assembled to make 2 complete knives. I started out by cutting the rough shape from illustration board. I then skimmed this in apoxie sculpt to give me the beveled edges of the blade and hilt. After bondo, primer and shaping, the finished piece was mounted to a piece of MDF for molding. I used RTV silicone to make the mold, and casting resin for the blades. 6 copies were pulled in case I made any goofs. The mixture of resin wasn’t right on the upper right blade, so that one was scrapped. Since the casting resin isn’t terribly rigid on its own, I carved recessed out of the blade and hilt to hold a 3/8″ steel rod to act as the core. These were glued in with gorilla glue, which expands as it dries and will ensure a tight fit. Both blades got ‘da clamps, and dried overnight. After that, its time for bondo, primer, and sanding! yippee….. I originally finished these in a “clean” look, but discussed with my client the option of weathering them to make them appear more realistic. After a bit of hesitation, but it was eventually decided to go ahead with the realistic treatment: Here are a couple more shots of the finished blades: