As a follow up to our 2017 Bombshell project for 3D Realms, we were asked to produce one of the weapons from Ion Maiden, a prequel to Bombshell and the second title in the series from the development studio Voidpoint.

This crossbow first debuted alongside Ion Maiden at PAX South 2019. Finished in a dark blued metallic silver, the final replica measures a little over 32″ in total length and is illuminated by over 50 RGB LEDs. A replaceable battery pack is hidden alongside a microcontroller in the rear of the bow, behind a removable magnetic cover that doubles as the butt stock padding plate. The magazine at the middle of the bow is held in with another series of magnets and hides the 3-way power switch. Illumination is powered wither by the internal battery or by a wall power adapter, meaning this replica can stay illuminated on show floor all weekend long without the need to swap batteries!

Epoxy was used to cast the piece for strength, and a carbon fiber rod acts as both the internal “spine” as well as a conduit through which to run wiring. Semitransparent flexible castings help diffuse the illumination in the bow limbs into an animated lava-like effect.

As an added bonus, a hidden switch behind the grip activates “party mode” which changes all the gun LEDs to a bright rapidly cycling rainbow pattern. This is momentary and only lasts as long as the operator holds down the momentary switch. While not in the game, it’s a fun button to press on the convention floor! 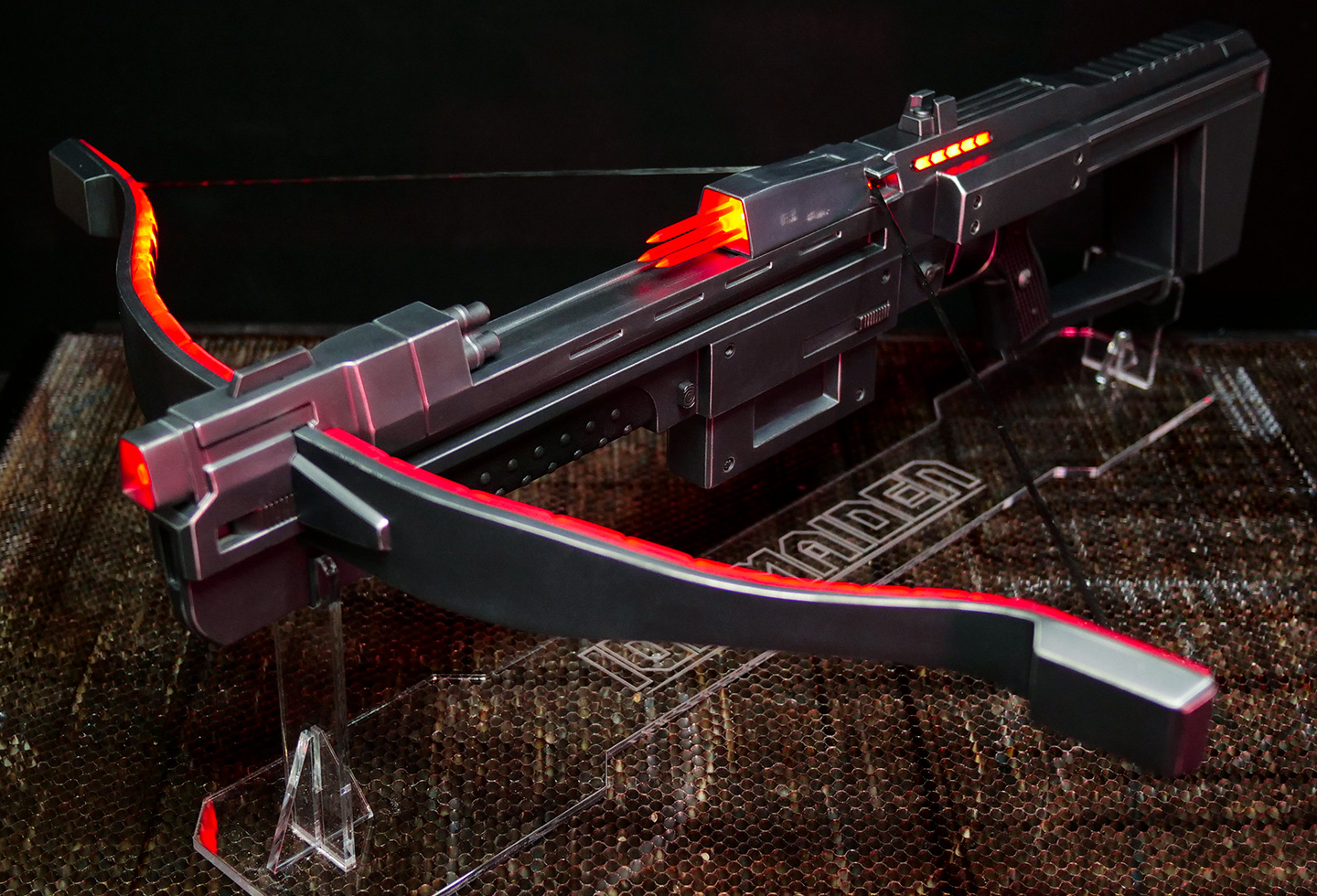