To celebrate the one year anniversary of the launch of Valorant, Riot Games approached us with a request to create a very limited run set of replicas to send to their most dedicated streamers and influencers who have been promoting through gameplay over the last year. Three knives were selected from the game – the Glitchpop, Singularity and Prime 2.0 – which Riot asked to be created in full scale and housed in a copy of the Spike; acting as both a fourth replica as well as an illuminated, rotating display case.

Each knife was 3D modeled in-house with production tolerances in mind so they would be as accurate as possible to the world of Valorant. Both the Glitchpop and Singularity variants feature machined aluminum blades and cast urethane handles. Special clear castings in the Singularity replica were designed to simulate the “energy bands” which make up the knife handles. The Prime 2.0 is the star attraction; plated in 24k gold, this copy is engraved with a special “V  YR/01” marking to designate the event.

The display Spike replica is 2 feet tall and showcases the knife replicas with internal LED illumination as well as a rotating center section. Vacuumformed clear windows articulate on acrylic hinges and are held in place with magnets to keep the knives shiny and dust free when in storage. 90 LEDs emulate the glowing effects seen in game in the top and bottom panel accent lines. Separate switches control the illumination and motor, so the recipients can choose how they’d best like this piece displayed.

Volpin Props designed, produced and delivered these replicas in 5 weeks! 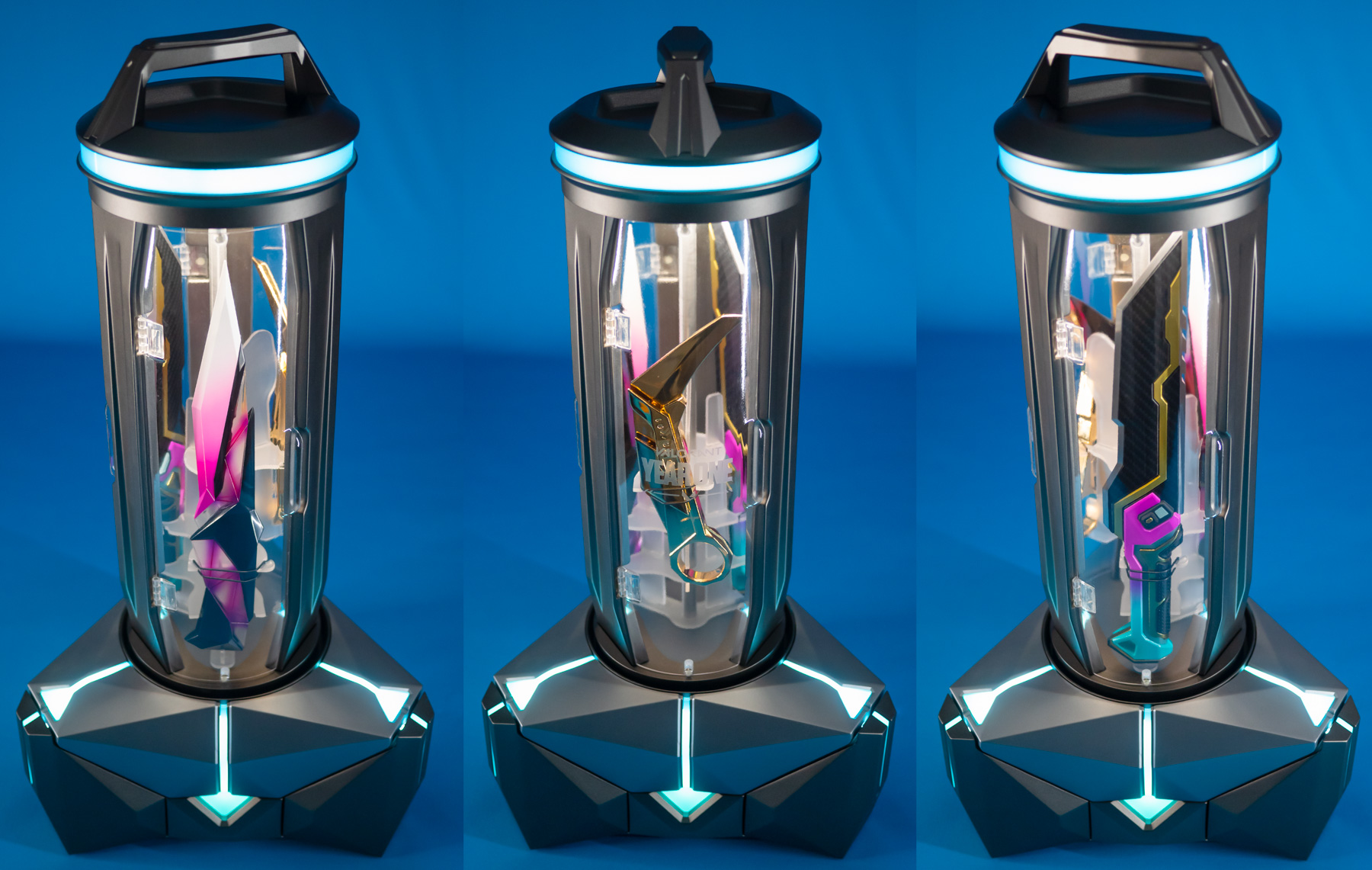