After the success of the Corsair LL550 cooling fan we made in 2021, Corsair opted to have us bring the scale way down for their April 1 2022 social media blast. The project: the K1. The only key you’ll ever need!

Yes, we actually made it. pic.twitter.com/mucRadMv0h

Our K1 props are based off Corsair’s own 3D models and are also fully functional! These keyboards can be plugged into any PC and will output “F” when pressed. They’re also fully compatible with the Corsair iCUE LED controlling software which allows custom lighting effects to be used on both the key and the Corsair logo. Three functional keyboards were produced along with branded packaging; these were sent out to three popular tech reviewer channels who had detailed “review” videos ready to go for the launch of the K1 on April first! 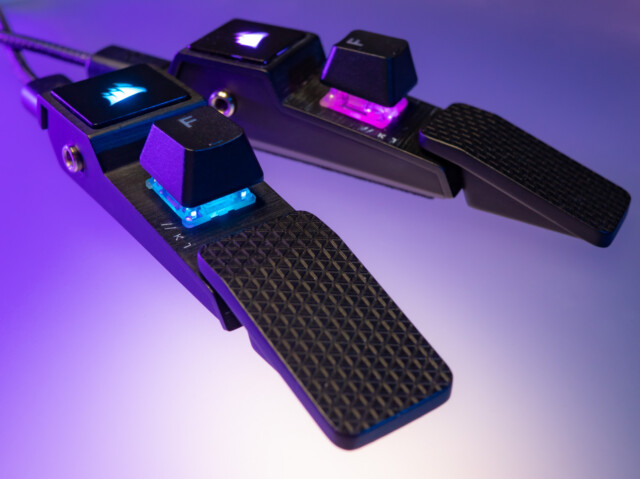