In 2020 the competitive scene for Magic: The Gathering expanded massively, experiencing a wider audience and more players than ever before in its history. Wizards of the Coast approached us to revise their trophies for 2020 and 2021 to better reflect the significance of the scale to which their events had grown.

What better way to do that than with an absolutely enormous trophy! Typically world championship trophies stand 2 feet tall, and the MTG version is no different, but this award goes to a single player instead of the typical esports team. Our World Champ trophy features Magic-specific elements such as the Planeswalker emblem and Mana gems, set into rhodium plated castings accented in 24k gold. Weighing in at over 20lbs, this sculpt hold our current record for biggest trophy awarded to a single player in any event!

In addition to the large Championship trophy, Volpin Props produces the smaller awards and medals that go out to the winners and participants of the feeder leagues. Our smaller trophies are the same rhodium construction shared with the larger Champ variant, while the medals are created in cast pewter with custom printed ribbons. 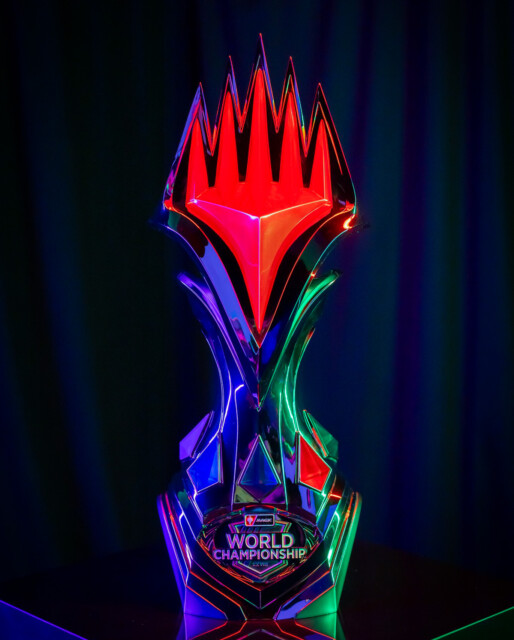